TEPCO sent in 7 of its employees and 3 “affiliate” company employees to the Reactor 2 reactor building on June 21 to take some measurements in preparation for the future work.

The highest radiation measured was 430 millisieverts/hour on the way to the 1st basement floor. The radiation on the 2nd floor seems generally higher than the 1st floor.

The overall radiation level is pretty high, judging from the amount of time they spent inside the building and the amount of external radiation they received. They spent 10 minutes measuring over 30 locations, and received between 2.16 and 5.52 millisieverts.

If the Reactors 1 and 3 are the examples, they must have taken the video, more photographs, and gamma-ray photographs. Why they can’t disclose all of them at once, I don’t know. 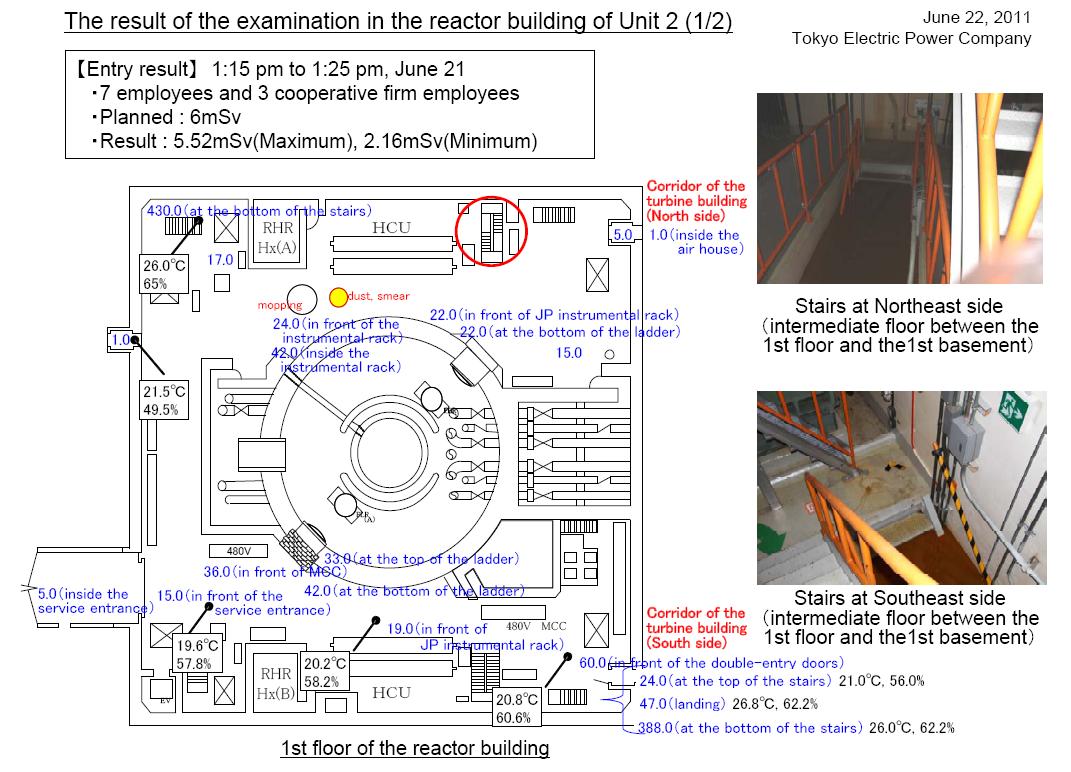 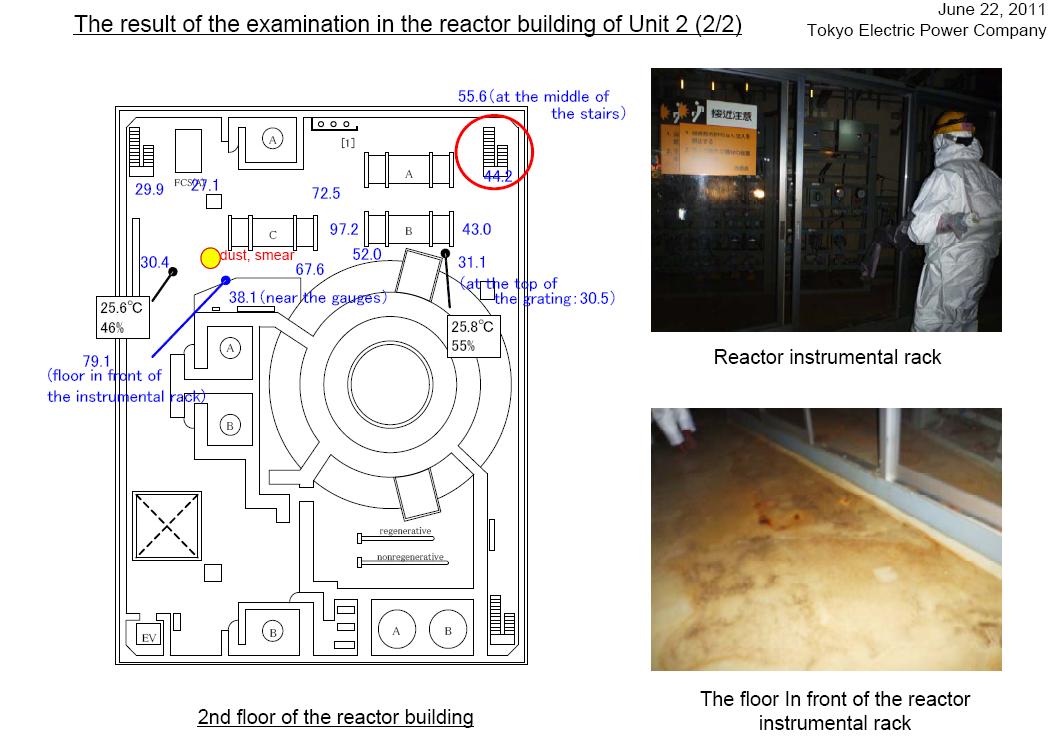 The stairs that they measured 430 millisieverts/hour radiation is in the northwest corner (upper left) of the 1st floor. TEPCO says that’s no problem, because the work will be mostly done on the 1st floor.

Well, with the Suppression Chamber in the basement of the Reactor 2 broken, I don’t think TEPCO want to send in carbon-based workers yet.