Update: the webite has now been taken offline

First Citi, next the Senate, now the website of the Greek presidency: the global hacking campaign is getting ever more “effective.” 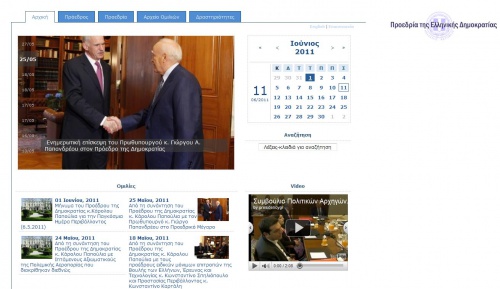 After (now with its own remixed Requiem for a Dream soundtrack): 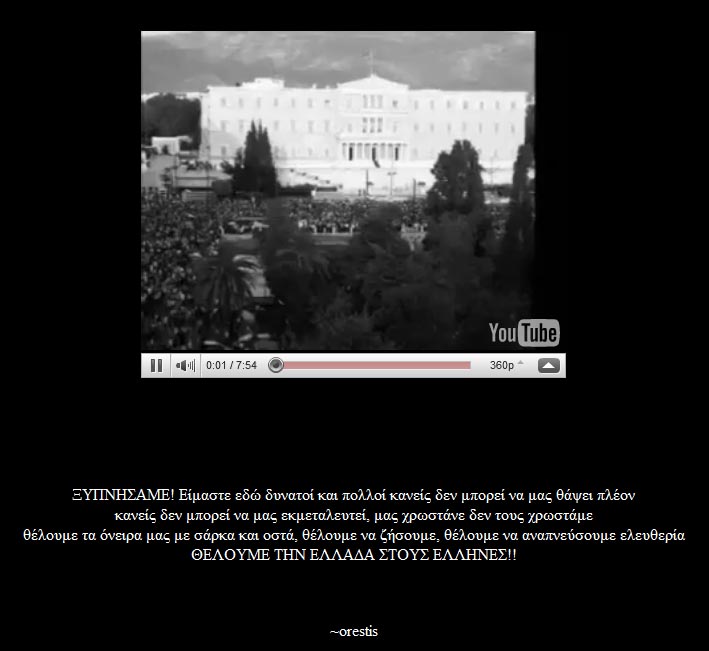 I woke up! We are strong and many no one can bury us, nobody can take advantage of us, we do not owe them
we want our dreams to reality, we want to live, we want to breathe freely WE WANT THE GREEKS IN GREECE!