Japan’s ever-sneaky Ministry of Education and Science again quietly released 3 sets of simulation maps of WSPEEDI without any press release nor any explanation; this time it was the simulations that they did on March 15. The Reactor 3 that used MOX fuel blew up on March 14 at 11:01AM JST.

Last time, the Ministry put out on May 10 the WSPEEDI simulation done on March 25. That simulation, if disclosed in a timely manner, may have prevented many, many children from developing thyroid cancer in the future.

One set of the maps is about krypton-85 surface concentration. The maps show the band extending well beyond Tokyo and Kanagawa.

That at least proves one thing, that Tokyo and Kanagawa were probably bombarded with radioactive materials on March 15. I remember seeing posts in Japanese message boards that day and afterwards saying people had a metallic taste in their mouth that day, that people started to have nosebleed and fell ill. Both were attacked and dismissed as “malicious rumors”.

All the government needed to do was to warn people in Tokyo and Kanto area that day to skip work and school. Shut the doors and windows and stay indoors.

When Hiroaki Koide of Kyoto University testified on May 23 in a government committee (Upper House, government oversight committee), the data he said he had been told by his superior not to publish was the data of radiation in Tokyo on March 15.

But why were the government experts interested in krypton-85? What does krypton-85 represent? And iodine-129? (The simulation maps are only about krypton-85; they are still sitting on iodine-129 maps or any other maps of other nuclides.)

From the WSPEEDI March 15 simulations on krypton-85 (PDF) (MORE maps – original in Japanese): 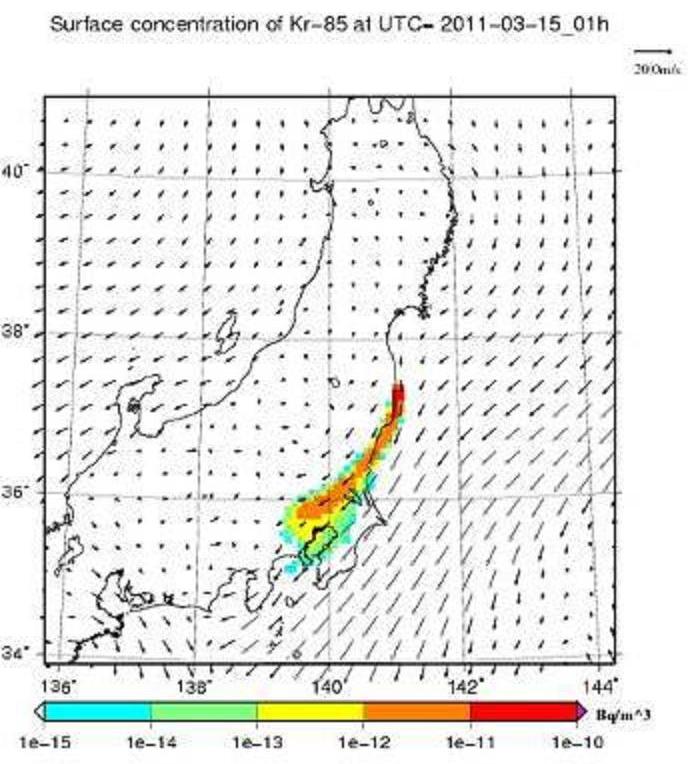 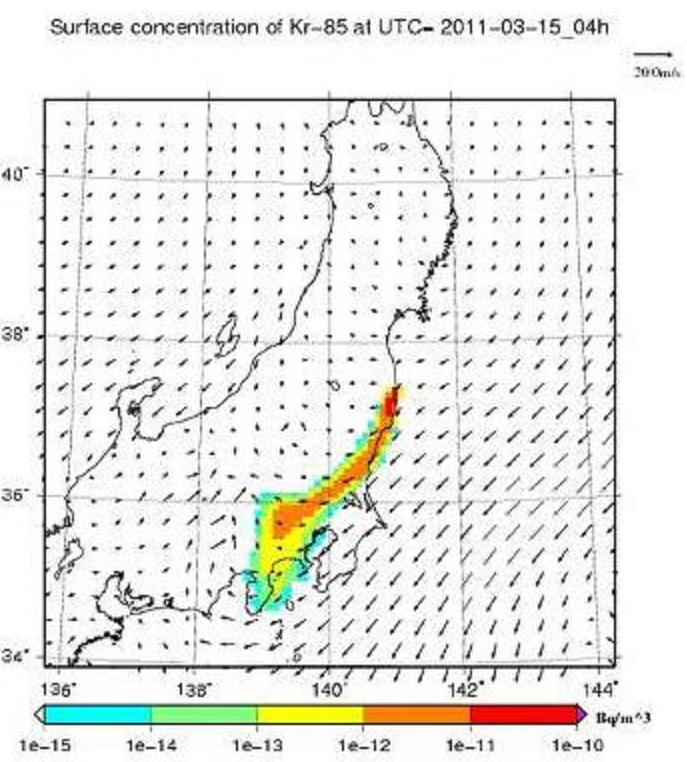