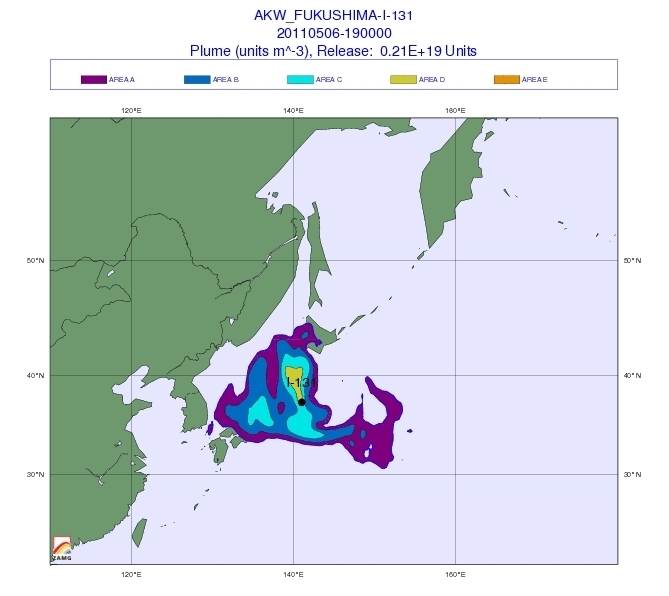 I mentioned the system called the WSPEEDI simulation system in passing when I wrote about SPEEDI data for the early period of the Fukushima I Nuke Plant accident (March 11 onward).

When Professor Kosako resigned from his post as PM special advisor in protest of the 20 millisievert/year radiation limit for school children, he called for the release of WSPEEDI, which can cover much wider area (“several thousand kilometers”, according to Professor Kosako).

Well well. The Ministry of Education very quietly put the WSPEEDI simulation data on their webpage for SPEEDI data list on May 10, without any fanfare, without any media (I mean MSM) coverage.

The Ministry released 2 simulation maps, one for March 24 and another for March 25. They are only about iodine-131.

One of the maps, “Organ dose of I-131 for infant [less than a year old]”, shows that the extremely high dose along the coast of Fukushima, with the dose in the area around Fukushima I Nuke Plant over 500 millisieverts (deep pink color). I added the prefecture names: 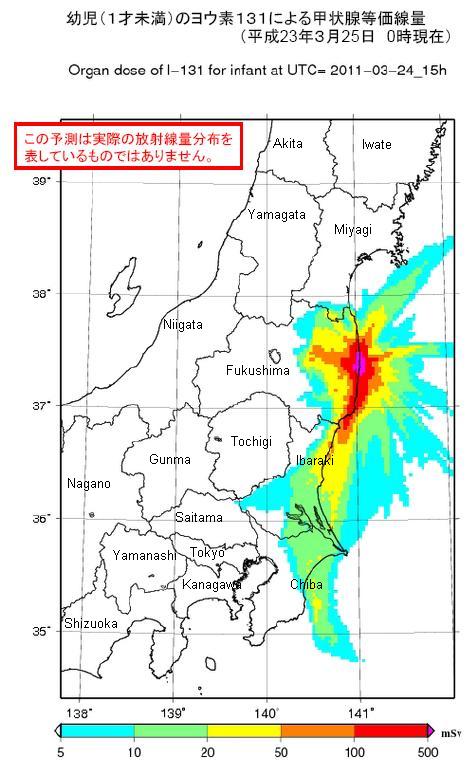 Another map, “Surface deposition of I-131”, shows a very wide area in Kanto and Tohoku in green, which indicates iodine-131 deposition of between 100,000 to 1,000,000 becquerels per square meter. In Tokyo, one green band goes over the densely populated eastern Tokyo (23 “ku” or districts) and another one goes over the middle. That pretty much corresponds with the higher air radiation level that continues in the 23 districts, particularly the eastern most districts, and the elevated level in cities like Fuchu, which sits in the middle. Again, I added the prefecture names: 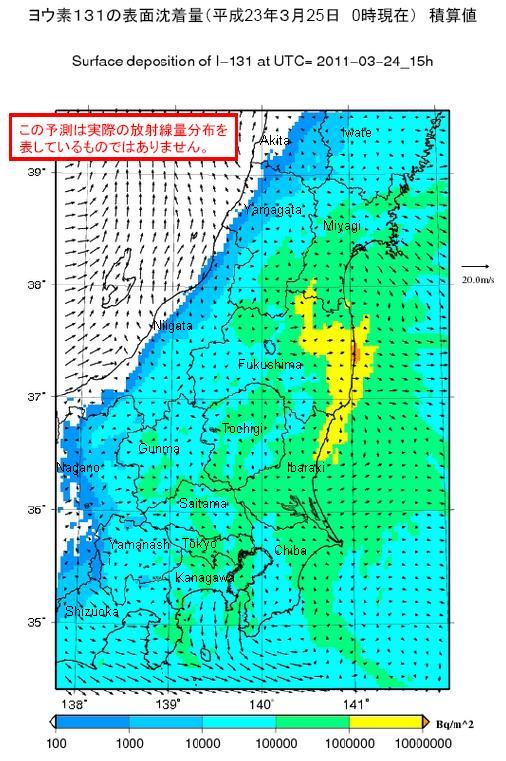 So this is what TPTB wanted to hide at all cost, and released in a sneaky fashion after 2 months, and it’s only about iodine-131 whose half life is 8 days. Where there’s iodine-131, there’s got to be cesium, but they are still mum on cesium or any other radionuclides. No WSPEEDI data from the earlier days, nor after March 25.