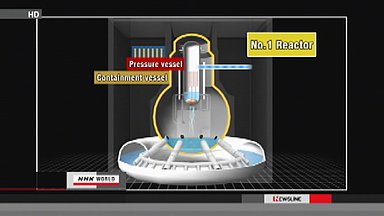 The operator of the Fukushima Daiichi nuclear power plant says it may take a number of years to remove damaged nuclear fuel rods from the Number 1 reactor.

The Tokyo Electric Power Company announced on Saturday, that most of the fuel rods in the Number 1 reactor have melted and fallen to the bottom of the reactor where they are submerged in water.

TEPCO announced in April that it was aiming to get the reactor stabilized and cooled down in 6 to 9 months.
However, no timeline has yet been proposed for the removal of the nuclear fuel.

The company plans to study measures taken at the 1979 Three Mile Island accident in the US, where a meltdown of nuclear fuel rods also occurred.

There it took almost 10 years to remove melted fuel at the bottom of the reactor, which resembled hardened lava.