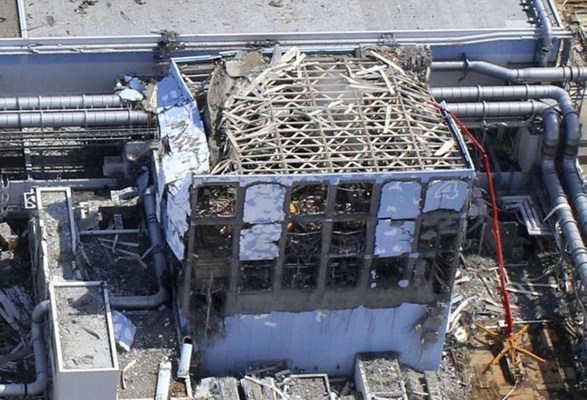 (NaturalNews) Censorship of the truth about what is really going on at the crippled Fukushima Daiichi nuclear facility has been taken to a whole new level of corruption. According to a recent report from the Shingetsu News Agency, the Japanese Ministry of Internal Affairs and Communication (MIAC), in conjunction with the National Police Agency and the Ministry of Economy, Trade and Industry (METI), has established a special project team to crack down on independent and freelance news agencies that criticize or otherwise scrutinize the official Japanese government position concerning Fukushima.

The Japanese government appears to be working closely with both the Tokyo Electric Power Company (TEPCO) and the nation’s mainstream media outlets to maintain the facade that everything is just fine, and that the nuclear meltdown situation is largely mitigated and under control. But recent prodding and questioning by certain media sources outside this “good ol’ boys” club have struck a nerve with authorities, sparking the new crackdown on those who oppose the official story. Authorities say such scrutiny is a threat to national security.

For the most part, the mainstream Japanese media has been the only type of media invited to most of the press conferences concerning Fukushima. And the reporters who attend these events merely reiterate what TEPCO and others are saying about the situation, without asking any hard questions or investigating the situation. But the few press conferences at which independent and freelance reporters have been permitted to attend have been rife with the tough, hardball questions that nobody else has been asking — and this has caused quite an upset.

“Freelance journalists and foreign media are pursuing the facts, even going into the radiation exclusion zone,” explained Uesugi Takashi, an independent journalist that has been pushing the Japanese government to be more forthcoming with the truth about the situation. “However, surprisingly, the Japan government continues to prevent freelance journalists and overseas media from gaining access to official press conferences at the prime minister’s house and government.”

One of the biggest and most obvious questions that many independent journalists, as well as Japanese citizens, are asking concerns the near-total blackout of information on the current status of Fukushima. Authorities continue to repeat that the situation is under control, but where is the actual evidence to back this claim? And if those in power have nothing to hide, then why have all the meetings between TEPCO officials and the government been private, closed-door meetings that exclude actual journalists?

Meanwhile, empty reassurances that the Fukushima situation is essential “over” have drawn many citizens who previously evacuated the Fukushima exclusion zone back into these dangerous areas. This occurs, of course, as radiation readings around the world continue to rise in response to the Fukushima disaster (http://www.naturalnews.com/032048_r…).