The earthquakes in Haiti, China, New Zealand, the floods in Australia, the tornado ‘flood’ in the US were all induced by HAARP. 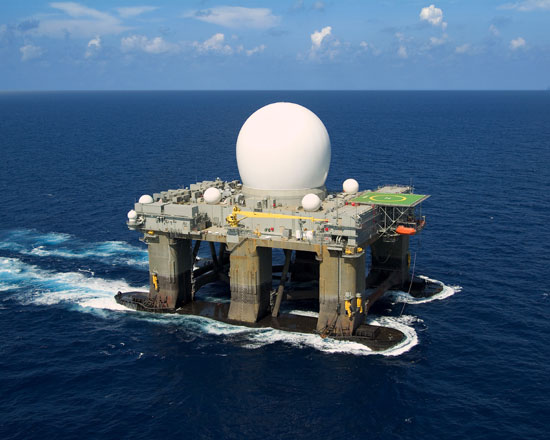 Updated April 21, 2011 – The HAARP (High Frequency Active Auroral Research Program) website has been down for the past 3 weeks.  It was ordered taken down by the US government to conceal US weather modification and earthquake inducing warfare activities against foreign states.  The HAARP website was publishing very damaging evidence of US military weather modification and earthquake triggering operations against foreign states.  HAARP’s waterfall charts and magnetometer charts gave evidence of an ongoing weather war between the United States government and foreign states.  The magnetometer presented concrete evidence that HAARP triggered the Japan earthquake and ensuing tsunami.

Scientists at the HAARP institute discovered that a 2.5 Hz radio frequency is the signature frequency of an earthquake.   Since this discovery the HAARP phased array antennas have been used by the US military to beam the earthquake frequency into the ionosphere and the ionosphere reflects it back to Earth – penetrating as deeply as several kilometers into the ground, depending on the geological makeup and subsurface water conditions in a targeted area..  By beaming the frequency at a specific trajectory HAARP can trigger an earthquake any place on Earth.  A short burst isn’t enough to disturb solid matter (the Earth crust) so they keep beaming the 2.5 Hz earthquake frequency for hours or days – until the desired effect is achieved.

Evidence from HAARP’s own website revealed that the US government was acting in violation of the ENMOD treaty – use of weather modification techniques (HAARP) for the purposes of inducing damage or destruction.  HAARP broadcasting data published on the HAARP website coincided with a number of recent major catastrophes such as the 2010 Haiti earthquake, the 2010 heatwave in Russia, the major floorings in 2010 in China and Pakistan and the major earthquakes in Haiti and Japan – all occurred since US president and commander-in-chief of the United States military Barack Hussein Obama took office.

The Japan 9.0 earthquake offered the most damaging evidence of the US government using HAARP to induce major damage and destruction against a foreign state.   HAARP’s magnetometer data showed the World that HAARP (jointly managed by the US Air Force and the US Navy) began broadcasting the earthquake inducing frequency of 2.5 Hz on March 8, 2011 and continued to broadcast the frequency for the entire days of March 9, 2011 and March 10, 2011.  HAARP wasn’t turned off until 10 hours after the Japan 9.0 magnitude earthquake that was triggered on Friday, March 11, 2011 at 05:46:23 UTC.  Smaller earthquakes have continued for weeks without being registered on the HAARP magnetometer.  Why?  Because, as stated before a magnetometer measures disturbances in the magnetic field in Earth’s upper atmosphere.  It is not a seismometer which measure motions of the ground.  The magnetometer doesn’t measure seismic activity it measures and records electromagnetic frequencies in the Earth’s atmosphere.  HAARP’s antenna array beams the 2.5 Hz earthquake inducing radio frequency into the atmosphere where a magnetometer can record and provide concrete evidence of a US weather modification and earthquake triggering attack against foreign states.

Still think that HAARP is just another wacky fictional conspiracy?  The above listed patents should be enough to convince any intelligent person that HAARP is real and is now actively modifying our weather and triggering earthquakes.   For those who are still not convinced, look to the United States Congress for proof.  In order for HAARP to get funding the people who first created HAARP needed funding.  That funding was made possible by the US government.  If you were to look at Congressional records you would find documents that states just one of the many official purposes of HAARP – for penetrating the earth with signals bounced off of the ionosphere. Congress was informed by people in the High Frequency Active Auroral Research Program that the bounced signals would be used to look inside the planet to a depth of many kilometers in order to locate underground munitions, minerals and tunnels. If you bounced the known earthquake signature signal (2.5 Hz) for a sustained period of time an earthquake could triggered many kilometers inside Earth’s crust.  The U.S. Senate actually set aside $15 million dollars in 1996 (Clinton and Al Gore Administration) to develop this ability alone — earth-penetrating-tomography.

Under pressure from the International community the HAARP website is up again.  No data is available from April 7 to April 12, 2011.  Data before and after shows the signature frequency of an earthquake (2.5Hz) being transmitted.  Also shows energy spikes which indicates active weather modification.  Now that the website is up again you can view the data for the Japan earthquake at http://137.229.36.30/cgi-bin/scmag/disp-scmag.cgi?20110311.  From the magnetometer induction data you can see 2.5Hz (earthquake inducing frequency) being broadcasted and recorded for several days before the 9.0 magnitude earthquake.  To see what a normal (no HAARP  broadcasting) day looks like view the magnetometer charts for the days of March 15, 16 and 17 – March 16, 2011 http://137.229.36.30/cgi-bin/scmag/disp-scmag.cgi?date=20110316&Bx=on. No earthquake inducing broadcast was detected from March 15 to March 27, 2011.  On March 28, 2011 a low powered broadcast was detected from approximately 12:00 am to 3:00 am.  Broadcasting resumed on April 2, 2011. April 6, 2011 shows you what the magnetometer charts looks like when a solar storm blasts Earth.    No data is available from April 7, 2011 to April 13, 2011 – a shutdown.  Starting on April 15, 2011 and ending approximately 10:00 am April 16, 2011 the earthquake inducing frequency of 2.5Hz was detected being broadcasted.

5 thoughts on “US Gov. Took Down HAARP Website To Conceal Evidence of US Weather Modification And (Japan!) Earthquake Inducing Warfare – Update April 21, 2011: After 3 Weeks Of Pressure From The International Community The HAARP Website Is Up Again”