…But before people begin panicking that the radioactive printer plant housed in the Marriner Eccles building has melted down and is now releasing radioactive money straight into the liquidity system, recall that $195 billion of this is simply from the unwind of the Supplementary Financing Program, which feeds into the Adjusted Reserves, which together with currency in circulation feeds into the Adjusted Monetary Base.

Therefore, with the unwind of SFP completed, we expect this growth to taper off materially, although by the end of June the Adjusted Reserve balance alone will hit $1.7 trillion, implying another $200 billion or so in growth, although at a slightly slower pace. 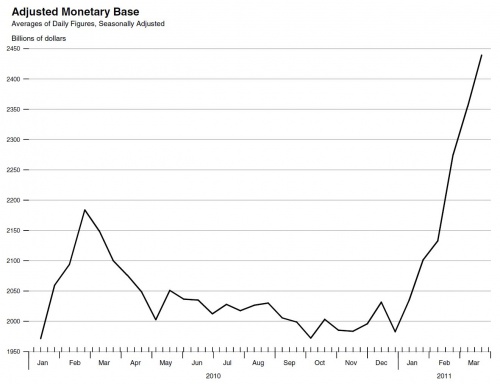 The chart below once again (since we show it each week), shows the cumulative change in Excess Reserves and Fed Assets since the start of QE2. In an ideal world these two should offset each other (ideal in as much as banks don’t lend out Excess Reserves and simply keep the fungible monetary electrons as substitutes for Discount Window access), and other change means a migration in(+) or out(-) of currency in circulation (inflationary or deflationary). While until February excess reserves lagged securities held dramatically, this has since flipped, assisted in part by the SFP unwind, which pushes the scales in the excess reserve balance favor. In other words, there is another $150 billion or so before equilibrium is reached, all else equal. Keep a close eye on this cumulative (in)quality as it is the most direct indicator of marginal monetary pressure imbalance (Fed assets less net currency) in the system currently.

Or, in English, the cumulative differential plunge recently is hella inflationary (as the imminent subsequent reversion to the mean means money going out of reserves and into currency). 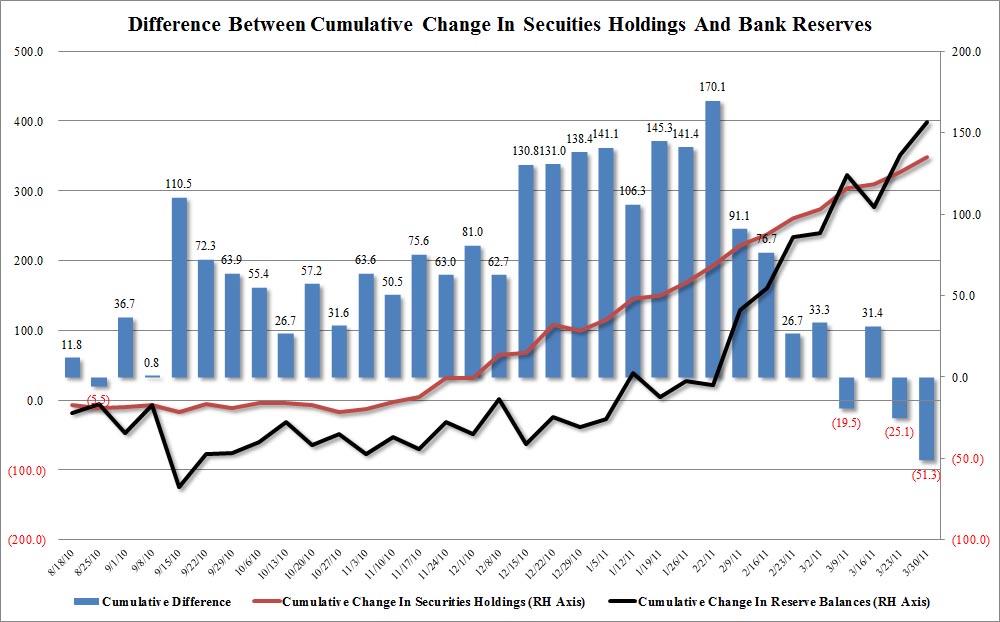