A self-esteem boost will really make all the difference when you are hungry, right?

While businesses are generally wary of the risks of using unpaid labor, companies that have used free workers say it can pay off when done right. 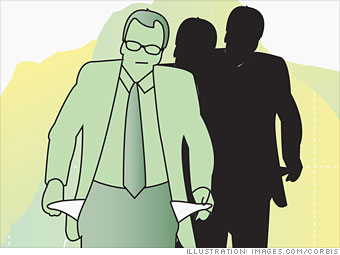 FORTUNE — With nearly 14 million unemployed workers in America, many have gotten so desperate that they’re willing to work for free. While some businesses are wary of the legal risks and supervision such an arrangement might require, companies that have used free workers say it can pay off when done right.

“People who work for free are far hungrier than anybody who has a salary, so they’re going to outperform, they’re going to try to please, they’re going to be creative,” says Kelly Fallis, chief executive of Remote Stylist, a Toronto and New York-based startup that provides Web-based interior design services. “From a cost savings perspective, to get something off the ground, it’s huge. Especially if you’re a small business.”

In the last three years, Fallis has used about 50 unpaid interns for duties in marketing, editorial, advertising, sales, account management and public relations. She’s convinced it’s the wave of the future in human resources. “Ten years from now, this is going to be the norm,” she says.

Why do people work for free?

The benefit unpaid labor offers to a business is pretty clear, but it can also give employees needed experience, a reference letter or even a self-esteem boost in a depressing economy.

Cassie Johnson, a 27-year old in San Marcos, Calif., lost her job as an enrollment adviser for an online university in 2009 and was receiving unemployment benefits for a year before finding an assistant manager position at a Starbucks (SBUX) that’s so far from her home she spends most of her pay on gas. Since starting a public relations internship in February, she feels a renewed sense of purpose.

“I’m learning a lot and I feel really good about it. I’m happy. I feel relevant. I’m not making any money, so it’s tough, but I feel it’s setting me up for a career,” Johnson says. “I only have $1.50 left in my checking account right now but I’m living with my boyfriend and he’s been really good about supporting me.”

Sometimes, gratis work can even lead directly to a paid opportunity. Theresa Potter had been a marketing executive for 30 years when, during a career lull, she agreed to work on a few marketing initiatives for free at Coalescence, a Columbus, Ohio-based custom spice blending firm.

Potter’s year of volunteering at Coalescence paid off when the company’s founders asked her to take the reins as president — a salaried position. She felt comfortable taking the job because she’d become so familiar with the corporate culture and business goals.

But is it legal?

Unfortunately for many employers hoping to use unpaid labor to advance their business goals, there are strict federal and state rules that workers must be paid the minimum wage and paid for overtime, and must abide by other provisions in the Fair Labor Standards Act, which applies to about 135 million people working for 7.3 million employers. The FLSA doesn’t apply to companies with less than $500,000 in annual revenue unless they engage in interstate commerce — which can be as little as accepting credit cards or placing phone calls to another state.

“We don’t have a system in this country where you can work for free,” says Jay A. Zweig, a partner who works in employment law at Bryan Cave in Phoenix. “The exceptions are very, very rare, and generally there are state laws that would fill in to say that, unless you meet specific criteria, you’re going to get in trouble with the government.”

Unless someone is an intern, trainee or independent contractor, he or she has entered into an employment relationship when starting to work for a company. Federal and state authorities are alert for employers who may be taking advantage of the tight job market to skirt the rules.

The Labor Department has a strict six-point test to determine whether someone is an intern or trainee and separate guidelines for independent contractors. An internship must primarily benefit the intern, who must work under close supervision and not displace existing staff. Independent contractors cannot work under the control of the employer or be economically dependent on the firm.

“If a person has entered into an employment relationship with a company, they need to be paid for their work,” a U.S. Labor Department spokesperson says. “We stepped up enforcement to ensure these businesses are complying with FLSA. We’ve hired an additional 250 investigators.”

With the additional federal scrutiny, unpaid arrangements such as auditions or tryouts are even less likely to pass muster than in the past, says John Thompson, a partner at employment law firm Fisher & Phillips in Atlanta.

“A lot of employers don’t get that the law is not about personal responsibility or agreements between consenting adults; it’s about getting the pay to people as the law requires,” Thompson says.

Companies that are found violating the law will likely have to provide back pay, monetary penalties up to $1,100 per violation and damages that equal the amount of wages, Thompson says.

The challenges of hiring and managing modern day serfs

Like others who have used unpaid labor, Remote Stylist’s Kelly Fallis recommends beginning with a very specific job description and conducting a thorough hiring process to screen out people who aren’t going to give their all for nothing.

Candidates who respond to Fallis’ postings on Craigslist and Facebook must fill out a detailed email questionnaire and undergo two rounds of phone interviews and three in-person interviews.

Those who join Remote Stylist, whether they are students or out-of-work 20- or 30-somethings, must agree to a four-month run and sign a hiring contract. She asks interns to commit 30 hours a week; she has been burned in the past by people who were trying to juggle a paid job with their commitment to Remote Stylist.

Believe it or not, the competition for some unpaid gigs can grow intense. John Lovejoy, managing director of multimedia fundraising company Nomadic Nation, received 300 responses for an editor position and 700 cameraman applications after only one week of advertising a project to drive from Germany to Cambodia in plastic cars. Not only were the positions unpaid, but successful candidates had to pay their own expenses.

One editor and two cameramen ended up quitting before the end of the trek due to rough conditions and 16-hour workdays. In retrospect, Lovejoy says, “I would screen a little bit better and make sure they understood that this wasn’t a vacation.”

Crystal Green, owner of Tallahassee-based event planning firm Your Social Butterfly, has had mixed results with unpaid staffers who didn’t take their responsibilities seriously. She’s even had to retrace the missteps of unpaid staffers and apologize to alienated business partners.

“It’s really hard as a single entrepreneur to babysit these people who need to learn. They’re not making any money, so you have to be very patient,” Green says.

None of these employers said they were concerned that they were violating the law — whether or not they actually are — but most get what they pay for, raising the question of whether they’d be better off just going with the time-honored tradition of paying employees.

“It’s better to have one decently paid person than nine unpaid people who are making it so difficult because they’re slacking off or they’re difficult to manage,” Green says.