The latest news from Japan is not the radiation has now been found in various leaf vegetables in Fukushima, including cabbage and parsley: after all that was to be expected following the radioactive rain of the past few days.

The news this time comes straight from TEPCO which finally admits that the temperature of Reactor 1 is 380-390 Celsius (715-735 Fahrenheit), which apparently is a “worry” as the reactor was meant to run at a temperature of 302 C (575 F).

That is when the reactor is fully operational, not when it is supposed to be in a cold shut down mode.

Hidehiko Nishiyama, the deputy-director general of Japan’s nuclear safety agency, later said the smoke at reactor No.3 had stopped and there was only a small amount at No.2.

He gave no more details, but a TEPCO executive vice president, Sakae Muto, said the core of reactor No.1 was now a worry with its temperature at 380-390 Celsius (715-735 Fahrenheit).

“We need to strive to bring that down a bit,” Muto told a news conference, adding that the reactor was built to run at a temperature of 302 C (575 F).

Asked if the situation at the problem reactors was getting worse, he said: “We need more time. It’s too early to say that they are sufficiently stable.”

As was reported only on Zero Hedge so far, the termal imagery from Fukushima indicates that if reactor one is a “worry”, then reactor 3 should be a “nightmare”, as according to some it is now “operating” north of 500 degrees celsius, and possibly as high as a 1,000.

That’s three times what it is designed to withstand. 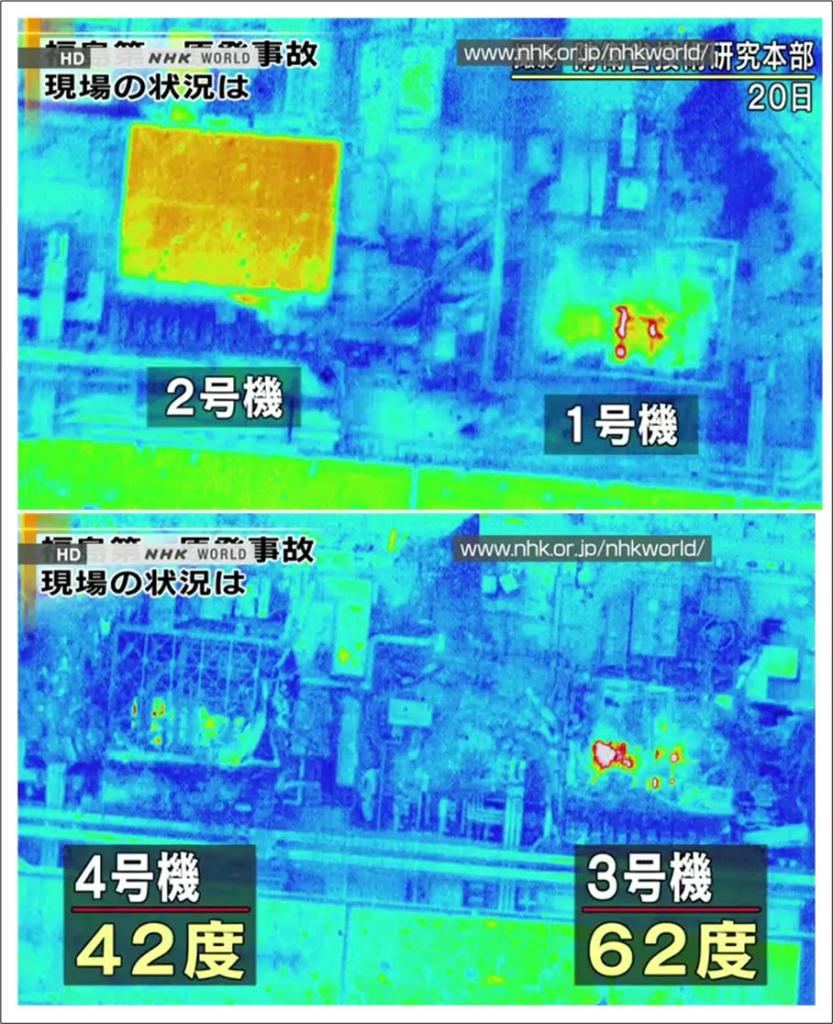