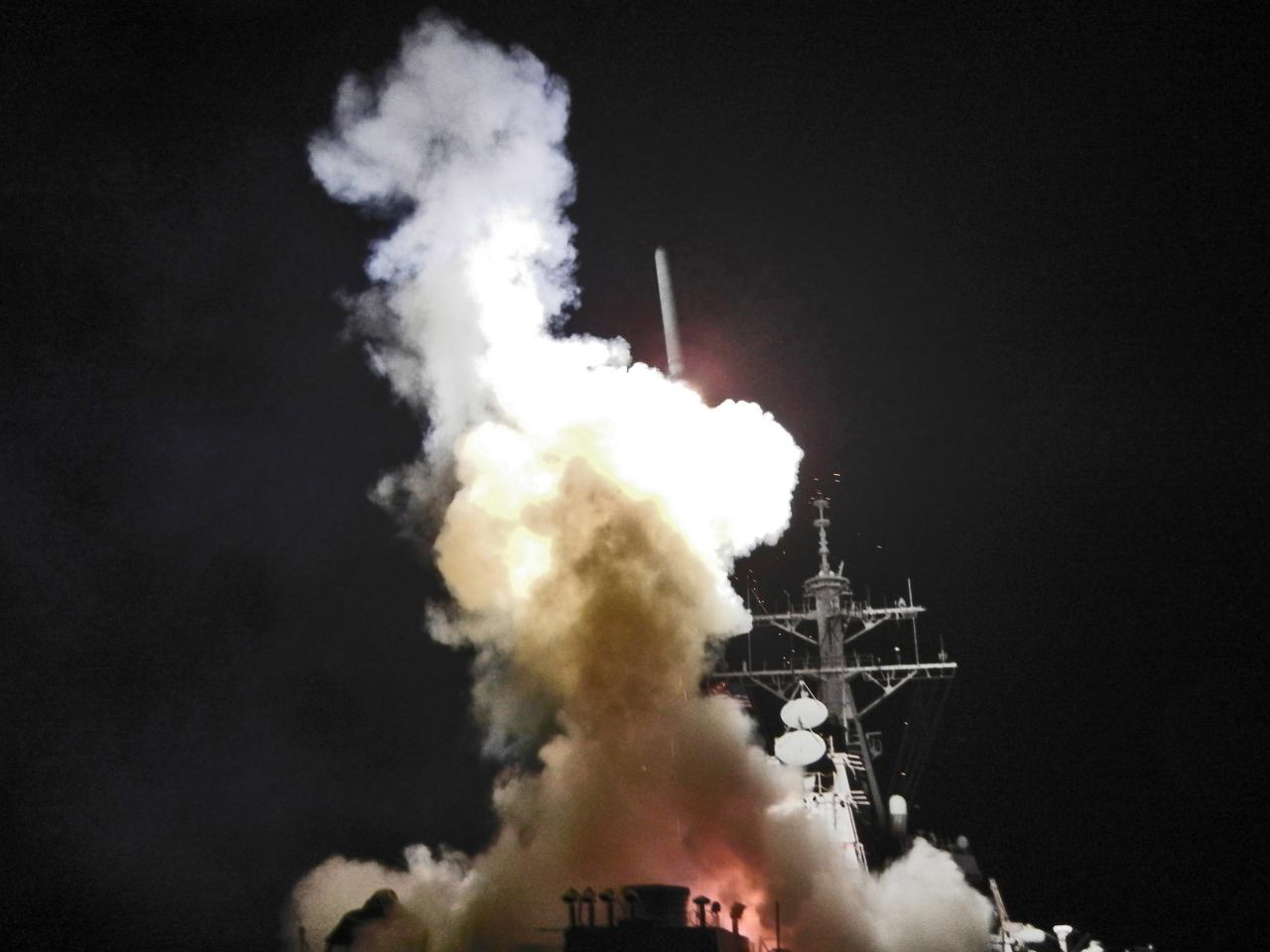 This Saturday, March 19, 2011 photo provided by the U.S. Navy shows the Arleigh Burke-class guided-missile destroyer USS Barry (DDG 52) as it launches a Tomahawk missile in support of Operation Odyssey Dawn from the Mediterranean Sea . The U.S. fired more than 100 cruise missiles from the sea while French fighter jets targeted Moammar Gadhafi’s forces from the air on Saturday, launching the broadest international military effort since the Iraq war in support of an uprising that had seemed on the verge of defeat. (AP Photo/U.S. Navy, Fireman Roderick Eubanks)

1 thought on “Libya: UK and US Forces Launch 112 Cruise Missiles Against 20 Targets”