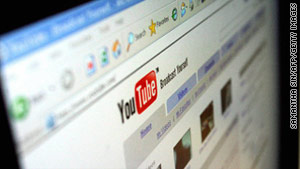 Ellison emphasized that it was a temporary measure.

“This blockage will be of a temporary nature and may increase or decrease in the size and scope as necessary,” according to the message distributed to military announcing the move.

“We are doing this to facilitate the recovery efforts under way in Japan,” Ellison explained. “We are trying to make sure we are giving them as many avenues and as much support as we can.”

The blocked websites are: