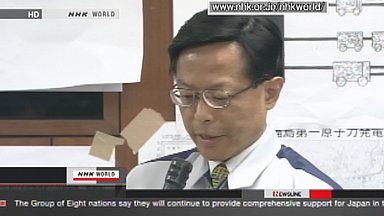 A computer system that forecasts the spread of radioactivity has not been working due to malfunctioning monitoring posts around a troubled nuclear power plant in quake-hit Fukushima Prefecture.

The Nuclear and Industrial Safety Agency says it does not know when the system will be back in operation.

The system, called SPEEDI, predicts how radioactive substances will spread in case of radiation leakage from nuclear power plants, based on measurements taken at various locations, prevailing winds and other weather conditions.

SPEEDI data are intended to be used to draw up evacuation plans for residents around power plants in case of accidents.

The system is monitored at government offices, including the industry ministry and the Nuclear and Industrial Safety Agency in Tokyo.