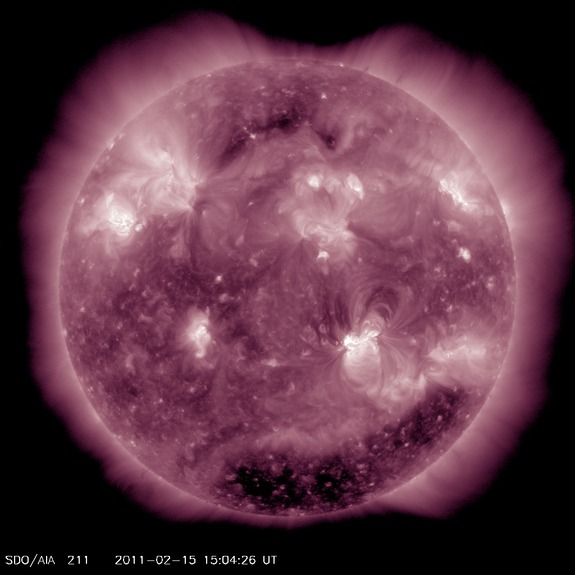 Such powerful ejections can disrupt airline navigation systems and power grids to the safety of airline crews and astronauts, according to a Colorado statement.

Thomas Bogdan, the director of the Space Weather Prediction Centre at the National Oceanic and Atmospheric Administration (Noaa), said global positions systems, satellite delivered systems and the power grid are all at risk from solar flares.

The sun is waking up from a long quiet spell. Last week it sent out the strongest flare for four years – and scientists are warning that earth should prepare for an intense electromagnetic storm that, in the worst case, could be a “global Katrina” costing the world economy $2,000bn.

Senior officials responsible for policy on solar storms – also known as space weather – in the US, UK and Sweden urged more preparedness at the annual meeting of the American Association for the Advancement of Science in Washington.

“We have to take the issue of space weather seriously,” said Sir John Beddington, UK chief scientist. “The sun is coming out of a quiet period, and our vulnerability has increased since the last solar maximum [around 2000].”

“Predict and prepare should be the watchwords,” agreed Jane Lubchenco, head of the US National Oceanic and Atmospheric Administration. “So much more of our technology is vulnerable than it was 10 years ago.”