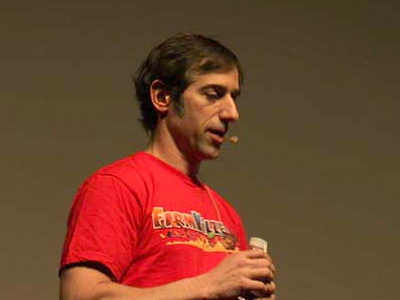 Zynga released this statement in response to the breach: “Zynga treats game security with the utmost of seriousness. We want to provide our users with the safest and most enjoyable game experience possible. To that end, we have a world class security team which continues to proactively identify and address security breaches with the highest priority. We will pursue these issues vigorously, which could involve criminal and civil prosecutions.”

Apparently a guy was able to hack into social gaming giant Zynga. He then transferred 400 billion (!) virtual poker chips to his account and proceeded to sell them on the black market. (Yes, apparently, there’s a black market in virtual Zynga Poker chips.) They were worth about $12 million. (Develop)

That’s how they caught the guy, and he has since pled guilty and will probably serve a long sentence in jail (he was on probation from an earlier hacking-related offense).

Interestingly, there was a debate in the British court where he was tried as to whether the hacking actually constituted theft, since virtual poker chips are, well, virtual, and Zynga can just create as many as it wants. The court answered by saying that, yes, virtual goods can be treated like property and adding chips to your account amounts to theft.

What we’d like to know is how the guy was able to hack into Zynga and what they’re doing to make sure it doesn’t happen again. We’ve asked Zynga for more details and will keep you updated if we learn more. We just pray rogue hackers don’t destroy our painstakingly-built CityVille.