This reminds me of …

And here are some flashbacks on Rummy, the defender of the constitution:

– Donald Rumsfeld on CBS NEWS the day before 9/11:

The very next day the Pentagon was under attack exactly where all the accounting data has been.

And now TRAITOR Donald Rumsfeld will receive the  ‘Defender of the Constitution Award’. 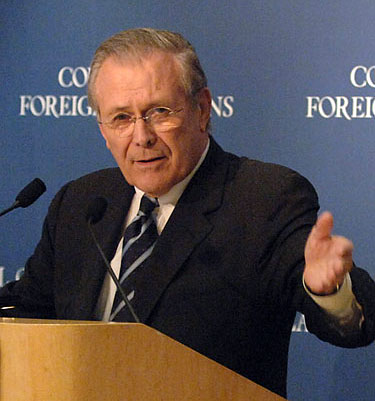 Donald Rumsfeld at the Council on Foreign Relations

Former US Secretary of Defense Donald Rumsfeld will be honored with the “Defender of the Constitution Award” at the Conservative Political Action Conference (CPAC), an annual event attended by numerous conservative activists, journalists, and politicians.

WorldNetDaily columnist Brad O’Leary and American Conservative Union chairman David A. Keene will present the former Defense secretary with the award on Feb 10, according to the conference’s schedule of events (.pdf). 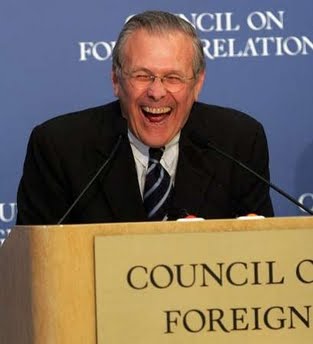 Conservative radio show host Rush Limbaugh was presented with the “Defender of the Constitution Award” at CPAC in 2009.

In 2005, he was sued by the American Civil Liberties Union for authorizing the torture and abuse of detainees at facilities in Iraq and Afghanistan. The ACLU claimed that the Constitution prohibited the Secretary of Defense from adopting or permitting policies of cruelty against civilians in US military custody, but Rumsfeld claimed he could not be held legally liable for the torture.

The case was eventually dismissed by Chief Judge Thomas A. Hogan of the Federal District Court for the District of Columbia.

Groups such as the Family Research Council, Concerned Women For America, American Values, the American Principles Project, the Capital Research Center, the Center for Military Readiness, Liberty Counsel, and Liberty University have said they will not attend the conference in February. 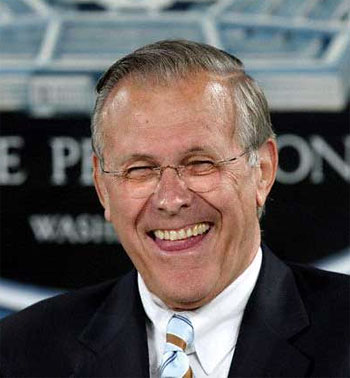