In case you want to know why education sucks: 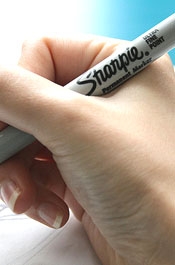 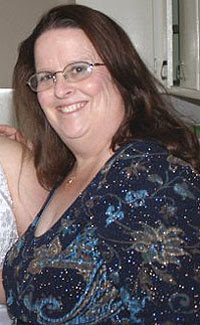 DECEMBER 22–A 13-year-old boy was arrested Friday for using a permanent marker while in class at his Oklahoma City middle school, a violation of an obscure city ordinance.

According to an Oklahoma City Police Department report, the boy was spotted “in possession of a permanent marker” by Roosevelt Middle School teacher DeLynn Woodside. The 50-year-old educator told cop Miguel Campos that the student was “writing on a piece of paper, which caused it to bleed over onto the desk.”

Woodside, pictured at right, reported that the child, whose name was redacted by police from the report, attempted to hide the marker when she asked him for it. Strangely, Woodside’s Facebook page reveals that her “likes and interests” include the official “Sharpie Permanent Markers” page on Facebook.

Campos reported that he allowed Woodside, a seventh grade math teacher, to “sign a citation” against the boy, who was then transported to the Community Intervention Center, a juvenile holding facility. A police sergeant subsequently “booked the marker into the property room.”

A police spokesman referred to the student’s bust as a “citizen’s arrest” effectuated by Woodside.

The marker ban–which apparently is aimed at curbing graffiti–stems from a city ordinance making it illegal to possess spray paint or a permanent marker on private property (without the owner’s permission). 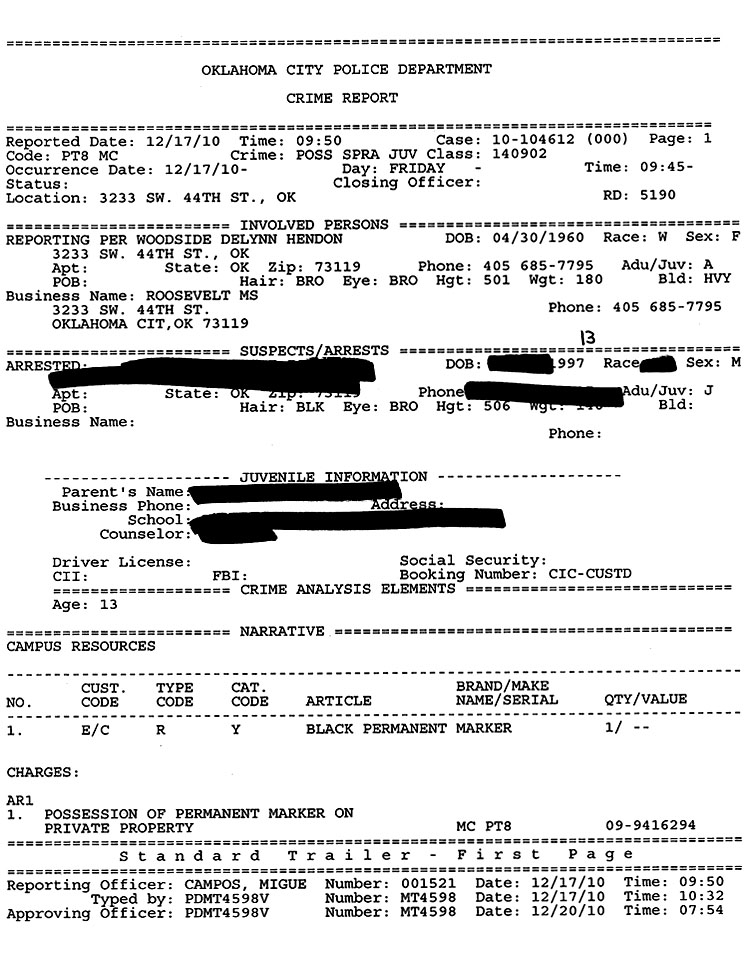