Even better off is Greenland:

– Max Keiser: The IMF Is Bankrupt – The Fed And The Banksters – Iceland Report – And More

Whereas Ireland is completely doomed:

The Anglo Irish Bank losses are the worst in the entire world and the bailout is an unprecedented looting of the Irish taxpayer.

Decision to force bondholders to pay for banking system’s collapse appears to pay off as economy grows 1.2% in third quarter 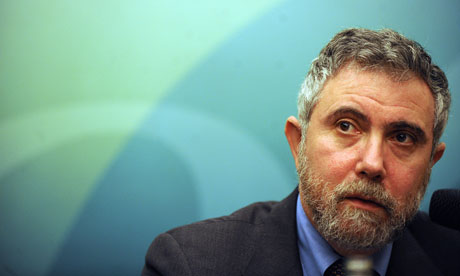 Iceland’s decision two years ago to force bondholders to pay for the banking system’s collapse appeared to pay off after official figures showed the country exited recession in the third quarter.

The Icelandic economy, which contracted for seven consecutive quarters until the summer, grew by 1.2% in the three months to the end of September.

Iceland famously agreed in a referendum to reject a scheme to repay most of its debts that were once worth 11 times its total national income.

In contrast to Ireland, Iceland’s taxpayers refused to foot the bill for the debts accumulated by the banking sector. Bondholders were told to accept dramatic reductions in the value of repayments on bank debt after the sector borrowed beyond its means to fund ambitious investments abroad.

The return to growth is likely to put pressure on Irish politicians to explain why Dublin rejected a more radical restructuring of its debts and a departure from the eurozone.

Iceland’s currency has fallen by around a quarter, helping its exports.

Economists on the right and left have recommended country deep in debt restructure repayments with bondholders, in effect writing off much of the debt.

Iceland’s recession has proved less severe and shorter than many analysts and the International Monetary Fund had feared.

Iceland’s OMX share index is up 17% this year, the third-biggest gain in Europe after Denmark and Sweden, though it remains, at 575, well below its peak of 7500.

Last year Iceland’s president Olafur R Grímsson said: “The difference is that in Iceland we allowed the banks to fail. These were private banks and we didn’t pump money into them in order to keep them going; the state did not shoulder the responsibility of the failed private banks.”