Why is “free trade at any expense” reserved only for multi-national corporations?  Why is every other sector of the economy supposed to be allowed to engage in a free-for-all at the entire countries expense, but when it comes to family and independent agriculture there are literally hundreds of thousands of regulations, limitations, rules, and requirements, licensing, and forfeiture of rights,  spanning multiple agencies who spend the bulk of their funding on “enforcement” of what usually amounts to nothing less than an interference in trade, profit and viability and which many times constitute an open assault on Constitutionally protected property and individual rights. 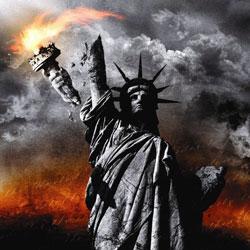 I can only imagine the salivating occurring behind the scenes in the District of Criminals, as the corporations and interested parties including the World Trade Organization, Codex Committees and other vested stakeholders anticipate the passage of S.510, the fake food safety bill.  Should this bill pass, we as a country will be officially divested not only of our sovereignty but of our independence.  No country in the history of the world has survived for long without a strong and independent agricultural sector.  Take that away, and the fall of the country soon follows.  No nation that cannot, or will not, feed its own people, ever survives.  Independent agriculture is and always has been the backbone and the underlying support for economic stability and security.  It is this support and security that S.510 seeks to destroy.

S.510 is not about food safety; it is however the last lynchpin in the seizure of food production and supply that was begun under Bush the Lesser.  Control the food; control the people.

This same model envisioned in S.510 was used in recent years in Poland.  An estimated 60% of Polish farms are now gone.  In India, more than 8 million farmers have left their farms as a result of similar systems implemented by the World Trade Organization on behalf of bio-pirates of all kinds.  Here in the US an estimated 1/3 of all farms that existed in 2000, have now vanished.  We are, according to farmaid.org , losing 3-500 farms and ranches every week as the industrialized corporate machine being driven by congress and its agencies rolls across our land.  Food safety never was the issue.  Food as a Weapon is another story.

S.510 is set up to increase and subsidize exporting of our food production.  With a food crisis building around the world and economists and geo-political prognosticators of all stripes predicting a massive food shortage, why in the world would our congress be contemplating passing a bill that expands and increases exports of our food products?  Wouldn’t the rational and logical strategy be:

Simply reducing the amount of imported food products that we should be producing ourselves would reduce the contamination that results in food borne illness.  Focusing on inspections of foods that are imported would further reduce the risk.  Ending the practice of factory farming where disease is known to run rampant as a result of the cramped and unsanitary conditions requiring massive use of pharmaceuticals to keep these animals alive and on their feet would also reduce the risk.  Actually inspecting processing plants and slaughterhouses more than once every five years would be a big help, along with holding on site inspectors personally and civilly liable for failure to report infractions they observe. Repealing HACCP self inspection for corporate industrialized producers could go along way in making our food supply safe and clean.  Yet, none of this is in the bill.

In anticipation of USDA and FDA expanding their death grip on the nation, and while both rogue agencies cry about under funding after having billions of taxpayer dollars dumped into them, plus the billions they have made from contracting with other private corporations for profit and against the people, both agencies are busy hiring and training swat teams to use against family and independent producers.  They can’t be too underfunded.  And if they are in fact underfunded, wouldn’t the rational response be to streamline the agencies and cut out wasteful spending?

While congress contemplates whether or not to pass S.510 claiming that expansion of these uncontrollable agencies will make food safer!  Here’s a small list of what happened while congress looked the other way:

The peanut recall: The Georgia Peanut company owned by a man who had a seat on the USDA Peanut Control board…..knowingly sent out contaminated peanut products, poisoned several people, killed a few and then liquidated his company.  No charges ever filed.

The Egg Recall:  Wright County Egg company cited more than 20 times prior to the attack of the terrorist eggs, and only given another “warning letter” by the FDA after the massive recall.  Still in operation.  No raids.  No swat teams.  No interruption of daily business.

China imports melamine contaminated milk-like products in to the US for the –what is it—50th time? USDA: No fines, no penalties, no raids on their shipments, no impeding their imports, no halting of imports from China.

The FDA responds to this contamination knowing full well that melamine ishighly toxic at any level…..and sets standards for acceptable levels of melamine in China’s milk-like products for sale here in the US.  No labeling required, of course.

Too many of us have confused “free trade even if it kills your economy and you” with capitalism.  In either case, why does this philosophy not apply to our family and independent farmers and ranchers?  Why is “free trade at any expense” reserved only for multi-national corporations?  Why is every other sector of the economy supposed to be allowed to engage in a free-for-all at the entire countries expense, but when it comes to family and independent agriculture there are literally hundreds of thousands of regulations, limitations, rules, and requirements, licensing, and forfeiture of rights,  spanning multiple agencies who spend the bulk of their funding on “enforcement” of what usually amounts to nothing less than an interference in trade, profit and viability and which many times constitute an open assault on Constitutionally protected property and individual rights.

Many so-called “consumer” organizations, comprised of front groups presenting themselves as if they actually represent all consumers, have weighed in on this bill.  Looking behind these groups you find corporations and the USDA among other agencies, funding them. That should tell you most of what you need to know about them.  Many 501c3 non-profits make public declarations that they take no government money, and that’s why you can trust them. Their non-profit tax statements tell a different story.  A grant is funding; even if it comes from the USDA or other federal agency and it contains an implied and specified contract.  It isn’t money free of strings.

We do need a food safety bill but S.510 isn’t it.  We need a bill that supports our farmers and ranchers, protects our food supply, limits imports, and boosts the in country production of safe and clean food;  not one that takes the nations ability to feed itself and hands it over to multi-national pirates willing to grease the palms in the District of Criminals.

For the long, long list of contaminated Chinese imports covering everything from pet food to toothpaste, and of course that wonderful melamine contaminated milk junk…simply type:  Contaminated Chinese Food Imports……into your search.  Get a drink and get comfy…you’re going to be on that page for quite awhile.

Statistics on Foreign owners of US land

Peanut Company Knew Its Plant Was Contaminated With Salmonella