The US government and the Federal Reserve (successfully!) apply the most effective economic policies to destroy the middle class and the poor.

This is the Greatest Depression and the biggest financial collapse in history is near. 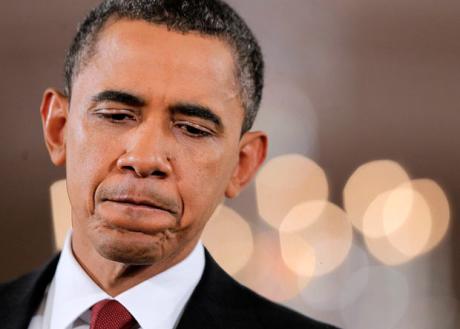 In an interview with “60 Minutes” on CBS News, his first since the Democratic drubbing in last Tuesday’s mid-terms elections, Mr Obama said that he sometimes gets “discouraged” about the poor economy but realised that it was not entirely his fault.

“There are times when I thought that the economy would have gotten better by now,” he said. “You know, one of the things I think you understand as president is you’re held responsible for everything, but you don’t always have control of everything, right?”

He insisted he was not worried about another depression or recession but the unemployment rate, stuck at just below 10 per cent, was a major concern.

“What is a danger is that we stay stuck in a new normal where unemployment rates stay high, people who have jobs see their incomes go up, businesses make big profits, but they’ve learned to do more with less, and so they don’t hire,” he said.

“And as a consequence, we keep on seeing growth that is just too slow to bring back the eight million jobs that were lost. That is a danger. So that’s something that I spend a lot of time thinking about.”

Mr Obama resisted expressing regrets about any policy decisions he had made but spoke with the same tone of contrition he exhibited in his White House press conference last Wednesday. He suggested his focus on good policy had carried a political price.

“We were so busy and so focused on getting a bunch of stuff done that we stopped paying attention to the fact that, yeah, leadership isn’t just legislation, that it’s a matter of persuading people and giving them confidence and bringing them together, and setting a tone.

“We haven’t always been successful at that, and I take personal responsibility for that. And it’s something that I have to examine carefully as I go forward.”

Mr Obama also said that he did not believe the elections had been a referendum on his presidency. “I think first and foremost, it was a referendum on the economy. And the party in power was held responsible for an economy that is still underperforming and where a lot of folks are still hurting.”