So not giving money to  Orthodox Jews means that you don’t want to deal with them?

The German government has ignited a row with the country’s Orthodox Jews after it stopped funding the training of Orthodox rabbis. 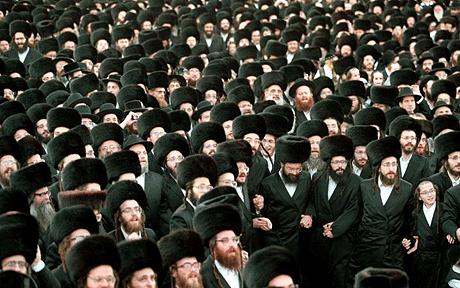 There are now some 120,000 Jews living in Germany, and many are Orthodox Photo: REUTERS

The authorities have been subsidising the training of rabbis for several years, but the interior ministry recently announced that it would only fund Liberal rabbis from now on.

Thomas de Maziere, the interior minister, blamed “the budget situation” for the decision, the Times reports.

However, the move has upset the Jewish community.

Jewish officials have claimed that the government made the decision because it no longer wanted to deal with Orthodox Jews.

“They like Liberal Jews because they are seen as easygoing, not reminding them all the time about anti-Semitism and the Shoah [Holocaust],” Stephan Kramer, the secretary-general of the Central Council of Jews in Germany, told the paper.

Since the Second World War, Germany has been trying to re-establish a Jewish presence in the country. There are now some 120,000 Jews living in Germany, and many are Orthodox.