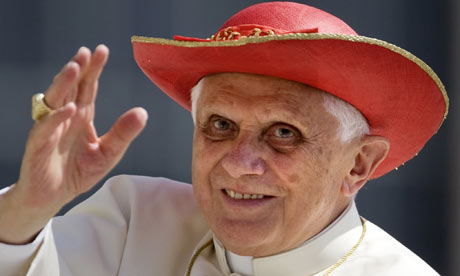 More than half of the Catholic clergy jailed for paedophile activity in England and Wales remain in the priesthood – with several receiving financial support from church authorities, raising serious questions about depth of church commitment to child protection and overshadowing the start of the papal visit.

There are also claims the church has breached guidelines it agreed to in 2001 by not punishing offenders appropriately and that it has even relaxed some of the rules on how to treat them.

The allegations, shown on Channel 4 News, will fuel hostility towards a trip that is proving controversial on many levels and in many quarters.

The investigation examines one of the key recommendations in the Nolan report, which was published in the wake of damaging disclosures of clerical sexual abuse and cover-ups at the start of the decade and was designed to root out sex offenders and prevent paedophiles from entering the priesthood.

It said that any cleric sentenced to a year or more in jail for sexual abuse should face laicisation – meaning they were to be stripped of their priesthood and privileges.

But at least 14 of the 22 priests who have served a year or more behind bars are still members of the clergy and 10 of these appear in the most recent edition of the Catholic Directory, the official yearbook of the church. Only eight of the 22 men have been dismissed from their positions.

One of those featured in tonight’s programme, Fr John Coughlan, was jailed in 2005. Although he no longer leads services, he is still a priest and lives in church-owned property. He refused to appear on camera but said he was “in limbo” and that he was in touch with other priests who were in a similar situation.

His home is in the diocese of Westminster, which is run by Vincent Nichols, who is the most senior Catholic in the country and who played a pivotal part in developing child protection policies for the church. He has frequently said the Catholic church in England and Wales leads the way in child protection.

At a press conference yesterday, Lord Patten of Barnes, who is the government’s special representative for the papal visit, said these safeguarding measures were a “benchmark”.

When presented with the findings, the church said that of those 14 priests, six applications for dismissal were currently underway, one further decision to pursue dismissal had been made and three dismissals were either rejected by Rome or not pursued due to acute ill health.

In four of the cases, no application had been made but the priests were subject to risk management in the community. It said this policy was “entirely consistent with the spirit of the Nolan recommendations”, adding that a bishop had to apply to Rome for a priest to be laicised and “neither the duration nor the outcome of the application is in the bishop’s control”.

Earlier this year the Catholic bishops of England and Wales issued a “heartfelt” apology for their part in an abuse scandal which plunged the worldwide church into turmoil. They said the crimes of some priests and religious figures brought “deep shame”.

“But shame is not enough. The abuse of children is a grievous sin against God. Therefore we focus not on shame but on our sorrow for these sins … We ask their pardon, and the pardon of God for these terrible deeds done in our midst. There can be no excuses.”

Their statement of contrition followed remarks from Benedict XVI, who used his weekly audience in St Peter’s Square to reiterate that the church would do everything in its power to bring justice against abusive priests and would implement “effective measures” to protect children. Neither the pope, nor the Vatican, has elaborated on what action or measures are being considered.

It is likely that Benedict will meet British abuse victims during his four-day trip, but details of these encounters are likely to remain secret. Charities working with victims have condemned this approach.

Macsas – Ministry and Clergy Sexual Abuse Survivors – claimed that US victims who met Benedict in 2008 had signed confidentiality agreements.

Chair Anne Lawrence said: “We have been advised the meetings were used to manipulate survivors into supporting the pope. The UK victims will be safe, people who are reconciled with the church, people who are lucky enough to come to that. I hope they get what they can from this meeting. It doesn’t show they are taking seriously the thousands of cases that have yet to be resolved.”

She accused the Catholic bishops of failing in their duty of care towards past victims and urged them to follow the example of Irish prelates, who set up a helpline and a fund following the publication of two excoriating reports examining clerical sexual abuse in the Republic.

She said Benedict’s presence in the UK might “enable discourse” between the church and victims.

“The church can and is able to do something now, just as it did in Ireland. There needs to be an inquiry, looking at how many people have been affected. You can’t hide behind policies of child protection if you don’t deal with this group of victims.

“If they do nothing then this was a terrible visit. It has just stirred up hope and expectation.”

2 thoughts on “UK Paedophile Priests Remain In The Priesthood”