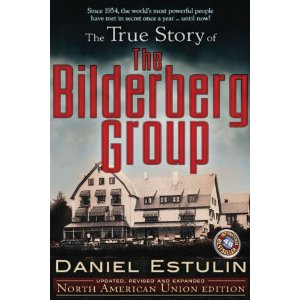 – The True Story of the Bilderberg Group (Amazon.de) 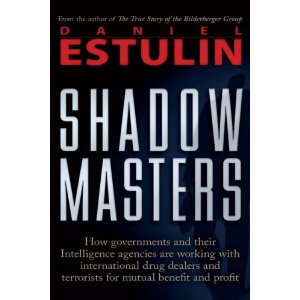 – Shadow Masters: An International Network of Governments and Secret-Service Agencies Working Together with Drugs Dealers and Terrorists for Mutual Benefit and Profit (Amazon.com)

– Shadow Masters: How Governments and Their Intelligence Agencies Are Working with Drug Dealers and Terrorists for Mutual Benefit and Profit (Amazon.de) 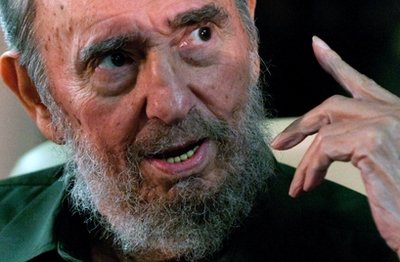 HAVANA – Fidel Castro is showcasing a theory long popular both among the far left and far right: that the shadowy Bilderberg Group has become a kind of global government, controlling not only international politics and economics, but even culture.

The 84-year-old former Cuban president published an article Wednesday that used three of the only eight pages in the Communist Party newspaper Granma to quote — largely verbatim — from a 2006 book by Lithuanian-born writer Daniel Estulin.

Estulin’s work, “The Secrets of the Bilderberg Club,” argues that the international group largely runs the world. It has held a secretive annual forum of prominent politicians, thinkers and businessmen since it was founded in 1954 at the Bilderberg Hotel in Holland.

Castro offered no comment on the excerpts other than to describe Estulin as honest and well-informed and to call his book a “fantastic story.”

Estulin’s book, as quoted by Castro, described “sinister cliques and the Bilderberg lobbyists” manipulating the public “to install a world government that knows no borders and is not accountable to anyone but its own self.”

The Bilderberg group’s website says its members have “nearly three days of informal and off-the-record discussion about topics of current concern” once a year, but the group does nothing else.

It said the meetings were meant to encourage people to work together on major policy issues.

The prominence of the group is what alarms critics. It often includes members of the Rockefeller family, Henry Kissinger, senior U.S. and European officials and major international business and media executives.

The excerpt published by Castro suggested that the esoteric Frankfurt School of socialist academics worked with members of the Rockefeller family in the 1950s to pave the way for rock music to “control the masses” by diverting attention from civil rights and social injustice.

“The man charged with ensuring that the Americans liked the Beatles was Walter Lippmann himself,” the excerpt asserted, referring to a political philosopher and by-then-staid newspaper columnist who died in 1974.

“In the United States and Europe, great open-air rock concerts were used to halt the growing discontent of the population,” the excerpt said.

Castro — who had an inside seat to the Cold War — has long expressed suspicions of back-room plots. He has raised questions about whether the Sept. 11 attacks were orchestrated by the U.S. government to stoke military budgets and, more recently suggested that Washington was behind the March sinking of a South Korean ship blamed on North Korea.

Estulin’s own website suggests that the 9/11 attacks were likely caused by small nuclear devices, and that the CIA and drug traffickers were behind the 1988 downing of a jetliner over Lockerbie, Scotland, that was blamed on Libya.

The Bilderberg conspiracy theory has been popular on both extremes of the ideological spectrum, even if they disagree on just what the group wants to do. Leftists accuse the group of promoting capitalist domination, while some right-wing websites argue that the Bilderberg club has imposed Barack Obama on the United States to advance socialism.

Some of Estulin’s work builds on reports by Big Jim Tucker, a researcher on the Bilderberg Group who publishes on right-wing websites.

“As someone who doesn’t come out of the Oliver Stone school of conspiracy, I have a hard time believing it,” London added.

A call to a Virginia number for the American Friends of Bilderberg rang unanswered Wednesday and the group’s website lists no contact numbers.

Castro, who underwent emergency intestinal surgery in July 2006 and stepped down as president in February 2008, has suddenly begun popping up everywhere recently, addressing Cuba’s parliament on the threat of a nuclear war, meeting with island ambassadors at the Foreign Ministry, writing a book and even attending the dolphin show at the Havana aquarium.