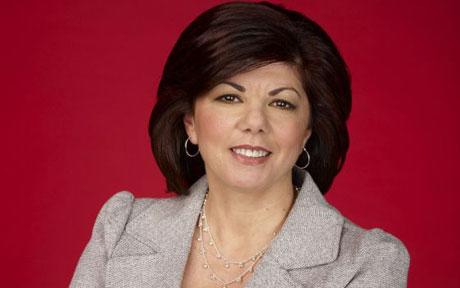 Freedom of speech may be part of the United States Constitution but perhaps the First Amendment that enshrines it could do with a caveat or two being added.

Congress may make no law “abridging the freedom of speech, or of the press”, the Bill of Rights lays down. That still holds true but, increasingly, speaking freely can get you fired or tarred for life.

Even more ominously, the internet and the increased ease of free communication is allowing the cannier politicians to escape scrutiny rather than be held to account.

Ironically, it is the mainstream media itself that is on the attack against press freedom. Last week, Octavia Nasr, a Lebanese Christian who was CNN’s Senior Editor for Arab Affairs, was summarily fired after 20 years for tweeting that she was “sad” about the death of Sheikh Mohammed Hussein Fadlallah, describing him as “one of Hezbollah’s giants I respect a lot”.

We can debate the wisdom of that statement and question whether respect was what Fadlallah, who praised Palestinian “martyrdom operations” and was acclaimed as the spiritual leader of a group whose hands are drenched in blood, really deserved.

But Hezbollah is part of the Lebanese government and Nasr’s sentiments are shared by millions in the Middle East. Her opinion was considerably milder than the gushing praise for Fadlallah from the British ambassador to Lebanon. Firing her for expressing it was boneheaded and killed any chance of intelligent discussion.

Dave Weigel, a Washington Post blogger, has also found himself out of a job after his colourful venting about conservatives in a private email group was maliciously leaked. Now, even the private opinions of journalists are grounds for dismissal? Reporters have to blog and tweet and show edge and attitude and be controversial – except when it becomes uncomfortable.

General Stanley McChrystal, a legendary Special Forces officer and the man who President Barack Obama had chosen to win the war in Afghanistan, is now spending his time on long walks in Virginia’s Shenandoah Valley.

Why? Because of the idiotic utterances of some of his junior aides when they got stuck in Paris within earshot of a Rolling Stone reporter who wanted to make a name for himself.

The newly-nominated head of US Central Command, General James Mattis, will forever be blighted by his remarks at an obscure leadership seminar in 2005 that are still reverberating via grainy YouTube video. It was, he confessed, a “hell of a lot of fun to shoot” the Taliban, who he described as “guys who slap women around for five years because they didn’t wear a veil”.

Isn’t a United States Marine allowed to enjoy his job? Do soldiers now have to act like clergymen and speak like accountants?

There are now new Pentagon rules designed to shut down opportunities for candour by requiring all interviews to be sanctioned from on high. Even if there weren’t, in the post-McChrystal environment few senior officers are going to take the risk of speaking their minds.

Alas, it seems that politicians are making a similar calculation. New technology has enabled Obama to bypass anyone who will ask him tough questions. He seldom gives a press conference, instead preferring “niche” outlets like lifestyle magazines that will guarantee softball questions. Hungry for every morsel in a 24/7 news environment, everyone else just reproduces his self-serving answers.

The Obama administration, which came into being amid promises of a new transparency, has even used its own staff to conduct an interview with Elena Kagan, the Supreme Court nominee to produce an infomercial for the White House website. So it looks like openness but really it’s just advertising.

Republicans are scarcely any better. Sarah Palin, who could yet be the 2012 Grand Old Party presidential nominee, communicates with the public almost entirely via Facebook postings and cosy set pieces on Fox News. And it doesn’t seem to be doing her too much harm.

In theory, social media and the web allows politicians to communicate directly with the public and circumvent the mainstream press. Alas, it also means they can avoid proper scrutiny and control exactly what they say while creating the illusion of interaction with ordinary people.

The penalties for a politician or general of “mis-speaking” are simply too great to take any risk, many are now concluding. Journalists too are finding out the limits of their freedom to express what they really think. It’s altogether safer to retreat into a numbing objectivity in which real opinions have no place.

Given the American right of free speech and the country’s tradition of colourful, open debate in which pretty much anything goes, this is a depressing picture.

In 2010, you can say what you like, it seems, but whatever you say, say nothing.

1 thought on “Free speech in Obama’s America: Whatever you say, say nothing”