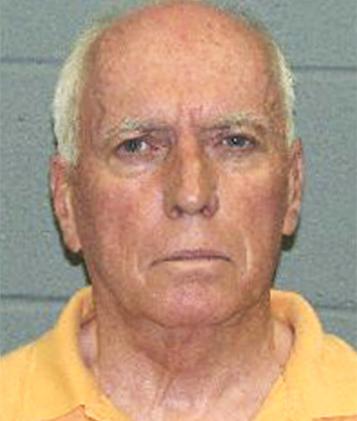 A Roman Catholic priest was charged yesterday with stealing $1.3m (£850,000) in church money over seven years to use for male escorts, expensive clothing and luxury hotels and restaurants.

The Rev Kevin J Gray, who was formerly pastor at Sacred Heart/Sagrado Corazon Parish in Waterbury, Connecticut, was arrested and charged with first-degree larceny, Waterbury police said. He was expected to be arraigned yesterday at Waterbury Superior Court.

Mr Gray, 64, allegedly used the money to stay at such hotels as the Waldorf-Astoria in New York and pay for expensive clothing including Armani suits, said Captain Christopher Corbett. He also paid the college tuition and rent of two men he had met, he added.

“We are deeply saddened by the events which have recently had such a profound affect on Sacred Heart/Sagrado Corazon parish,” the Archdiocese of Hartford said in a statement. “At the financial level, the archdiocese continues to work with the parish to improve its financial controls and to address issues arising from the situation such as insurance coverage and outstanding indebtedness.

“At the spiritual level, we continue to pray for healing and consolation for the parish family as it moves forward and for guidance and reconciliation for Father Gray as he encounters the legal proceedings that await him.”

The archdiocese last month asked police to investigate after it discovered during a financial review that Mr Gray may have taken more than a million dollars for personal use. The money involved a combination of parish savings and money that should have been used to pay certain debts, such as insurance premiums, church officials have said.

Mr Gray was Sacred Heart’s pastor from January 2003 until 15 April this year, when he was granted a medical leave. He was later suspended.