Obama, an elite puppet President we can believe in:

The truth is bad for Israel:

Israel was tonight under pressure to allow an independent inquiry into its assault on the Gaza aid flotilla after autopsy results on the bodies of those killed, obtained by the Guardian, revealed they were peppered with 9mm bullets, many fired at close range. 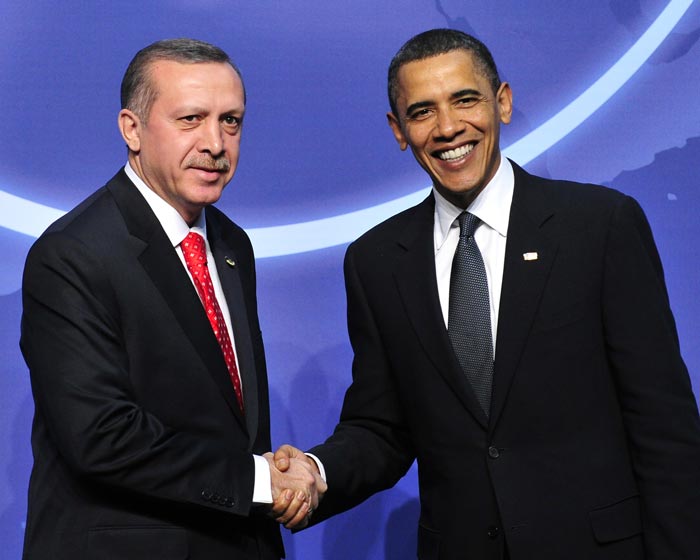 According to the report, Obama warned Erdogan that the international probe which Turkey has demanded could turn into a “double edged sword,” as it could lead to accusations against the passengers on board the Turkish-flagged Mavi Marmara ship, some of whom were members of the pro-Palestinian IHH organization.

The two leaders met in Canada on the sidelines of the G-20 summit earlier this week.

Following the Israeli Navy commandos’ raid in May in which nine Turkish activists were killed Turkey announced that it was recalling its ambassador to Israel.

Erdogan said the incident represented a complete violation of international law and called for an international probe into the military action.

The foreign minister was responding to Israel’s announcement Monday that it was setting up its own inquiry, which will include two international observers.

The May 31 Israeli raid on the flotilla, led by a Turkish NGO, took place outside of Israel’s territorial waters.

“We believe that Israel, as a country which attacked on a civil convoy in international waters, will not conduct an impartial inquiry,” he added.

The Israeli raid has led to a severe strain in the once-close ties between Turkey and Israel.