“No doubt I committed errors,” he wrote. “I overrode the usual methods, loaded false data to disguise gains, as well as losses. In a word, I pushed the system to its limit… But [what] was happening around me? [A] giant fraud perpetrated by all the trading floors in the world. To get good results, any tricks were permitted. The golden rule of the banking culture was simple: if you win, you are in the right; if you lose you are wrong and you’re out.” 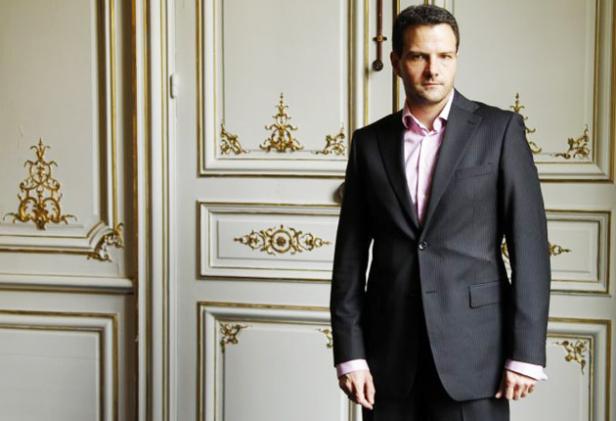 If you want to hide a leaf, find a forest. Jérôme Kerviel, alleged to be the world’s biggest rogue trader, will attempt to hide a €5bn leaf in a multi-trillion euro forest when he goes on trial in Paris today. Mr Kerviel’s defence will be horrendously complex – and very simple. His lawyers will admit that what he did in 2007-8 – to bet more than the value of France’s second largest bank on a series of trades on stock exchange futures – was insane. However, they will also argue that his actions were rational, even tacitly approved, within a global banking culture which had, itself, broken off relations with reality.

Put another way, the chief exhibits in Mr Kerviel’s defence will be the subprime mortgage crisis and the global financial meltdown of 2008-9.

His legal team will be led by the star of the French bar, Maître Olivier Metzner. They will argue that Mr Kerviel, 33, was not a “rogue” trader at all. He never tried to steal a centime of the hundreds of billions of euros that flickered across his computer-screen.

Although he repeatedly broke the rules of his bank, Société Générale, and pulverised his nominal trading limits, so did many of his colleagues, Mr Metzner will say. Thousands of computer records of Société Générale trades in 2007 suggest that Mr Kerviel and his colleagues had been bending the rules for 12 months before he was “caught”. So long as he was making huge profits – including a €1.5bn (€1.2bn) “surplus” in 2007 – his supervisors said nothing.

In other words, Mr Kerviel and his lawyers will try to turn France’s financial trial of the century into something even bigger: a trial of the world banking industry. They may succeed.

A couple of weeks before his trial, Mr Kerviel set the parameters for his defence by publishing his autobiography, L’Engrenage (“The vicious spiral”). Mr Kerviel, with his boy-band looks and plausible manner, has become a cult hero since he was accused, in January 2008, of “losing” €4.9bn in rogue trades. He has a fan club. He has been the protagonist of a comic book. His story is to be made into a film. More than 70 per cent of French people say he was a victim rather than a villain. Mr Kerviel, they suggest, was a single finger-on-the-keyboard in the frenzy of speculation which helped to create the Madoff affair and the subprime crisis and has now switched its sights to the debt of Greece, Spain and other euroland countries.

In his book, Kerviel puts a more subtle, and more arrogant, variant of the argument. He was not just a foot-soldier, he boasts. He went further than anyone else, betting at one stage over €300bn, far more than Société Générale was worth, on shares futures in European stock markets. He suggests that his superiors’ greed for immense profit led them to ignore the extraordinary risks that he took.

“No doubt I committed errors,” he wrote. “I overrode the usual methods, loaded false data to disguise gains, as well as losses. In a word, I pushed the system to its limit… But [what] was happening around me? [A] giant fraud perpetrated by all the trading floors in the world. To get good results, any tricks were permitted. The golden rule of the banking culture was simple: if you win, you are in the right; if you lose you are wrong and you’re out.”

This defence has been rejected by the prosecution, by Société Générale and by the two examining magistrates. The prosecution will be led by another of the leading figures of the French bar, Maître Jean Veil. He will argue that Mr Kerviel was motivated by the lure of giant bonuses; or by a desire to prove himself the best trader in the world; or by the resentment of a clever provincial with modest qualifications against the graduates of the élite colleges, or Grandes Ecoles, who floated effortlessly up the hierarchy at Société Générale.

Mr Metzner says that thousands of computer records of the bank’s trades handed over to the defence in recent months, will transform understanding of the case and clear Mr Kerviel.

The prosecution says they prove Société Générale’s argument: that Kerviel made vast, unauthorised trades and covered his tracks by entering fake counter-trades in the bank’s computer (seeming to lay off his bets). Senior executives at Société Générale originally called Mr Kerviel a “financial terrorist” and a “genius of fraud”. They and the prosecution have been forced to accept that the clean-cut young Breton – officially never more than a “junior trader” – did not steal a centime. Potential fraud or embezzlement charges were dropped a year ago.

Instead, Mr Kerviel stands accused of “abuse of confidence, forgery, using forgeries and placing fraudulent information into a computer”. If found guilty, he could be sent to jail for five years, fined €375,000 and ordered to pay up to €4.9bn in damages to Société Générale. From his present €30,000 a year salary, that might take a little time.

Mr Kerviel admits the facts but denies the charges. He will plead not guilty. He will argue that his superiors knew what he was doing and that forging documents, breaking limits and loading “fake trades” was standard practice at Société Générale (and not only there).

“The methods I used were not invented by me. They were being used all around me, although probably not to the same extent that I used them. Why did the (official) alerts received by my managers not lead to any effort to restrain me? There were numerous signals that I was no longer just a market-maker (making tiny amounts of money on cautious trades) but a speculator.”

Much of Mr Kerviel’s argument in his book is compelling. There are also flaws. From the computer records, it appears that his superiors must have known that Kerviel was operating way beyond his nominal limits. His declared profit in 2007 was €55m – more than five times his target. His actual profit was €1.5bn – 150 million times his target. He achieved this astronomic figure by betting massive sums on a downward movement in the futures of shares on European stock markets. Officially, he was supposed to cover trades in one direction by making smaller trades in the other direction. His covering trades were usually fictitious.

By July 2007, betting that shares would go down, he was €2bn in the red. Was Société Générale aware of what was going on? Mr Kerviel insists they were and said nothing. In the second half of the year, the gathering subprime crisis pushed shares downward and Mr Kerviel made a massive killing. By December 2007, he was €1.5bn up.

Was Société Générale aware of his triumph? Mr Kerviel, and his lawyers, say that they were. He did not declare the immense profit. He made computer manipulations to carry his “winnings” over into 2008. Then things started to go badly wrong.

Mr Kerviel switched the direction of his “bets” to a recovery of the European share market which did not immediately materialise. His 2007 gains were in danger of being wiped out just as Société Générale senior executives started to question him about them. When they discovered in January 2008 that he had a further €50bn in exposed trades, they panicked, he says. Another trader was ordered to unwind his positions.

The sheer volume of trades undermined the market. Société Générale lost €6.4bn in a couple of days – which Mr Kerviel’s previous winnings reduced to a net loss of €4.9bn. Mr Kerviel insists that it was Société Générale which lost all this money. The market soon recovered, as he had predicted. If he had been left alone, he suggests, the loss would have been small. He might even have come out with a profit.

There are yawning gaps in his argument. Why did he not declare the huge profit of €1.5bn in 2007? Why did he bet such large amounts in the first place? He admits that, although his colleagues were also making fake trades, none of them wagered such astronomical amounts.

Mr Kerviel says that he knew he had “overstepped the limits of the reasonable” but he could no longer “stop the machine”. He denies he is a compulsive gambler but admits he became hooked on the “taste of victory” and felt “an anxiety to do better and better”. He rejects the suggestion that, as a provincial hick, he was driven by a desire to outperform the products of France’s élite colleges. But his book is littered with references to the Grandes Ecoles attended by his colleagues.

It appears that Mr Kerviel may have become scared by the size of his winnings in 2007. He “hid” the €1.5bn and may have actually set out to “lose” some of the money. Why, otherwise, suddenly change his strategy to bet on an sudden upturn in a falling share market?

Maître Olivier Metzner will, doubtless, make a different argument. Mr Metzner is not famous for flights of rhetoric. He is known for his ability to place his clients’ alleged misdoings into a wider context which casts them in a more favourable light.

Mr Kerviel’s “irrational exuberance”, he will say, was unforgivable, seen in the light of the real world. Within a few months, the subprime crisis revealed that an estimated $47trn – that is to say three-and-a-half times the size of the US economy – had been invested, or speculated, in global markets on credit default swaps spinning off from a much smaller amount of doubtful American home mortgages. Financial institutions around the world lost an estimated €1trn.

In comparison, Maître Metzner, might say Jérôme Kerviel was taking a flutter on the Euromillions lottery.