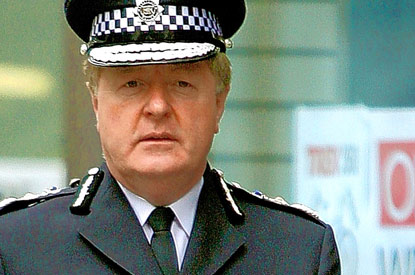 You could not look for a better encapsulation of the mentality of the state-worshipping ruling elite than the claim by Sir Ian Blair, former disastrous Metropolitan Police Commissioner and newly-appointed peer (nothing succeeds like failure), writing in The Guardian on the topic of gun control: “The possession of a firearm is a privilege, not, except in a few cases, a necessity.”

Have you got that? The possession of a firearm is a “privilege”. In fact it is nothing of the sort: it is a right, guaranteed to all British subjects by the Bill of Rights of 1689. This assertion by Blair, whose police officers notoriously abused their firearms privileges by shooting dead Jean-Charles de Menezes, affords an instructive insight into the leftist/liberal belief that the state is the all-powerful authority controlling human existence. It may deign to extend privileges, such as firearm ownership, to a minority of its helots, but it does so as an act of grace, not in deference to any rights they might claim.

The state, in reality, is supposed to be the servant of the public. Its role should be rigidly limited and every power it exercises jealously scrutinised for overreach. For centuries, the entire basis of English Common Law was the assumption that everything that was not forbidden was legal. Today, the British subject is presumed to have virtually no rights (unless he belongs to a politically correct minority) and only by the most laboured exertion on his part may he make his case to the state, his master, that a privilege such as gun ownership should graciously be extended to him.

It was inevitable that the mass murder in Cumbria would be the cue for the control freak lobby to demand still more rigorous regulation of firearms. As even Blair concedes, controls are already so Draconian it is difficult to see how they could be tightened. As it is, competitive pistol shooters have to train in Switzerland to represent the UK in the Olympics. There is little more that could be done, short of banning guns altogether, which is the ultimate objective of the anti-firearms fanatics.

Blair suggests involving the wider community in any decision to grant a firearms licence: “Is it possible that we should compulsorily involve family members, neighbours and colleagues in such decision-making?” Oh, great: a People’s Shotgun Certificate, just what we need, with feuding neighbours maliciously lodging objections.

The reality is that no system will ever detect the likes of Derrick Bird, normal in his behaviour for years, then suddenly running amok. These tragedies happen: hard cases make bad law, as Dunblane taught us. All that can be done is to appraise licence applicants as one would potential car drivers. Health and Safety cannot be allowed to snuff out all normal human activities: the general population cannot be brought down to the lowest common denominator of the psychopath. It is illegal gun ownership that poses the overwhelming risk to life – what are the authorities doing about that? Or knife crime: people are four times as likely to be killed by a knife as by a gun.

The extravagant gun control legislation passed in the immediate aftermath of the Dunblane massacre has done nothing to save life. A decade after that legislation, in 2007, the Home Office claimed that gun crime was falling. It was David Davis who uncovered the truth, buried in a Home Office statistical bulletin, and confronted the then Home Secretary Jacqui Smith with the facts: “Gun-related killings and injuries (excluding air weapons) have increased over fourfold since 1998.”

The mania to restrict firearms ownership among law-abiding people has led to a situation in which only outlaws have guns, as the American bumper sticker warns US citizens. In heavily armed America, only 13 per cent of burglaries take place while householders are on the premises, because intruders fear being shot. The gun control lobby in Britain aims, by turning the ratchet every time there is a high-profile shooting, to eliminate private firearms completely. The doctrine is that only the state should bear arms (with results we saw in Stockwell Tube Station). Only such a state monopoly can assert its absolute power over society.

The reality is that only a totalitarian state disarms its citizens. Any further measures in that direction must be resisted. Instead, we should be reviewing the Draconian laws we already have. What about Big Society, Dave? Is it big enough to bear arms responsibly? Or will the coalition be complicit in the leftward turn of the ratchet towards increased state control?