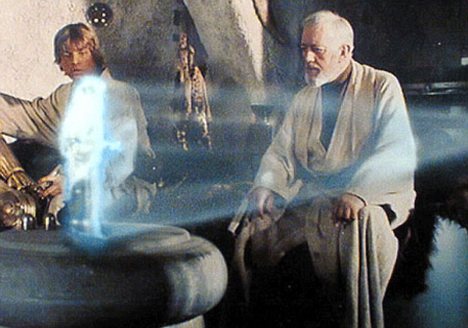 Jun Murai, a scientist known as “the father of the Japanese internet”, is advising NHK. Using holographic broadcasting over satellites, he said, football games in Tokyo could be relayed to a London stadium where full-sized players would appear so life-like that fans would believe they were at the match.

Holo-TVs would not have to be mounted on walls. Last week, a Sony engineer said they would more likely resemble a large book laid on the floor. Lasers would then project the cloud into the middle of the room.

“With wires running under the carpet, you could fill the room with a football match or Hollywood heroes leaping between your sofas,” said the engineer.