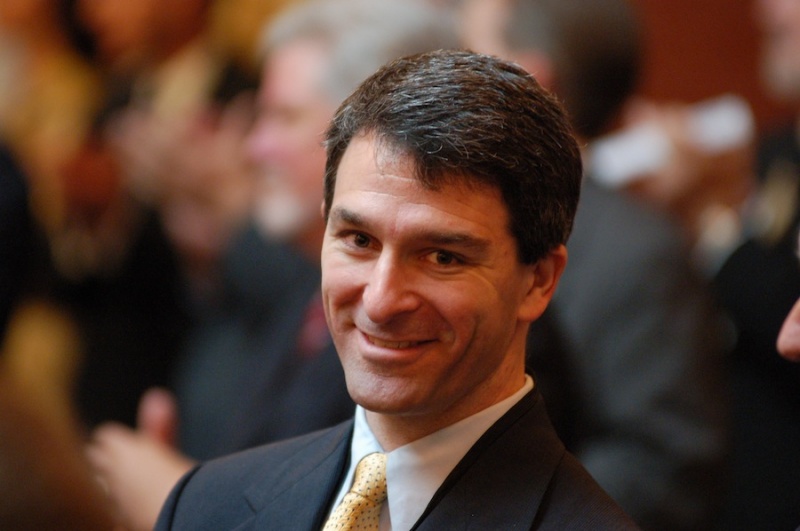 This blog’s hero of the week is Ken Cuccinelli. He’s the new Attorney General of Virginia and he’s about to launch quite possibly the most delicious and worthwhile law suit in the entire history of litigation: one that could result in Michael Mann – arch-climate-fear-promoter, comedy You Tube Star, creator of the infamous, twice-discredited Hockey Stick – being fined hundreds of thousands of dollars for alleged misuse of state grant funding. (Hat tip: Watts Up With That)

Though Mann now works at Penn State University – an institution which appears to share UEA’s principled belief that the best response to the skullduggery exposed in the Climategate emails is to whitewash, whitewash, whitewash – his Achilles heel is Virginia, where he worked from 1999 to 2005. This, of course, was the period in which Mann sent some of his juiciest Climategate emails.

According to The Hook:

In papers sent to UVA April 23, Cuccinelli’s office commands the university to produce a sweeping swath of documents relating to Mann’s receipt of nearly half a million dollars in state grant-funded climate research conducted while Mann- now director of the Earth System Science Center at Penn State- was at UVA between 1999 and 2005.

If Cuccinelli succeeds in finding a smoking gun like the purloined emails that led to the international scandal dubbed Climategate, Cuccinelli could seek the return of all the research money, legal fees, and trebled damages.

“Since it’s public money, there’s enough controversy to look in to the possible manipulation of data,” says Dr. Charles Battig, president of the nonprofit Piedmont Chapter Virginia Scientists and Engineers for Energy and Environment, a group that doubts the underpinnings of climate change theory.

Meanwhile, over at Climaterealists, legal expert John O’Sullivan casts an eye over yet another Mann-related lawsuit, this time one threatened by Mann himself against the creators of the hilarious Hide The Decline song which became a hit on You Tube. He concludes:

Any supposed civil lawsuit brought by Mann against the Minnesotan makers of the YouTube ‘Hide the Decline’ video would prove most disadvantageous to our puffed up plaintiff.

In fact, such a foolhardy venture is perhaps the best way of publicly exposing Mann’s alleged data fraud.

If Mann takes a punt in the courts then his meta data and source codes used in his graphs are germane. The rules of discovery are clear; the respondents will be entitled to full disclosure of any and all evidence pertaining to the issues so that the trier of fact may determine the credibility of the allegations.

Roughly translated from the legalese, I think that means: