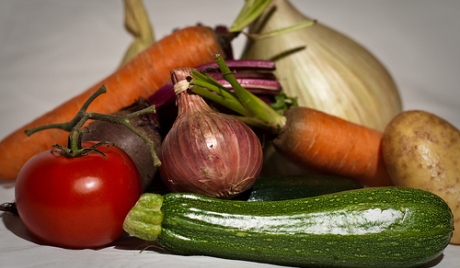 Russia has started the annual Days of Defence against Environmental Hazards from the 15th of April to the 5th of June with the announcement of sensational results of an independent work of research. Scientists have proved that Genetically Modified Organisms are harmful for mammals. The researchers discovered that animals that eat GM foodstuffs lose their ability to reproduce. Campbell hamsters that have a fast reproduction rate were fed for two years with ordinary soya beans, which are widely used in agriculture and those contain different percentages of GM organisms. Another group of hamsters, the control group, was fed with pure soya, which was found with great difficulty in Serbia because 95 percent of soya in the world is transgenic.

Concerning the experiment carried out jointly by the National Association for Gene Security and the Institute of Ecological and Evolutional Problems, Dr. Alexei Surov has this to say. “We selected several groups of hamsters, kept them in pairs in cells and gave them ordinary food as always,” says Alexei Surov. “We did not add anything for one group but the other was fed with soya that contained no GM components, while the third group with some content of Genetically Modified Organisms and the fourth one with increased amount of GMO. We monitored their behavior and how they gain weight and when they give birth to their cubs. Originally, everything went smoothly. However, we noticed quite a serious effect when we selected new pairs from their cubs and continued to feed them as before. These pairs’ growth rate was slower and reached their sexual maturity slowly. When we got some of their cubs we formed the new pairs of the third generation. We failed to get cubs from these pairs, which were fed with GM foodstuffs. It was proved that these pairs lost their ability to give birth to their cubs,” Dr. Alexei Surov said.

Another surprise was discovered by scientists in hamsters of the third generation. Hair grew in the mouth of the animals that took part in the experiment. It’s unclear why this happened. The researchers cannot understand why a programme of destruction is launched when animals take GMO foodstuffs. They say that this can be neutralized only by stopping to eat these foods. Consequently, scientists suggest imposing a ban on the use of GM foods until they are tested for their bio-security. The results of Russian scientists coincide with those of their colleagues from France and Austria. For one, when scientist proved that GM maize was harmful for mammals, France banned immediately its production and sale. The scientists who carried out the experiment say that it’s too early to make far-reaching conclusions about the health hazards of the GMO. They insist that there is a need to carry out comprehensive research. They suggest implementing the project, “Safety Gene Technology” at the innovation centre, “Skolkovo” which is being set up near Moscow.

Source: The Voice of Russia