Qatar diplomat Mohammad Al Madadi causes a scare after smoking on a plane.

The Qatari diplomat who was arrested for sarcastically telling air marshals on a jetliner that he was trying to set his shoes on fire was en route to visit an imprisoned member of al Qaeda at the Supermax prison in Colorado.

Mohammed Al-Madadi, a 27 year old official at the Qatari embassy in Washington, has full diplomatic immunity that makes charging him in U.S. courts very difficult.

Federal officials confirmed that he will not face any charges, saying he “absolutely will not be charged with a crime. He has diplomatic immunity. He invoked it.”

The joke, however, probably will cost al-Madadi his post in the U.S.

The diplomat is on his way back to Washington today and is expected to be sent out of the country soon as both sides are looking for a way to bring the matter to a close without further embarrassment, according to a senior U.S. official who spoke on the condition of anonymity due to diplomatic sensitivities surrounding the situation. 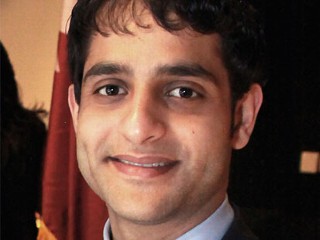 Qatari diplomat Mohammed Al-Madadi sparked a bomb security scare after sneaking a smoke in an airplane’s bathroom will likely be sent home or transferred to another country, U.S. officials said Thursday.

Al-Madadi was flying first class to Denver for a consular visit with jailed al Qaeda member Ali Saleh Kahlah al-Marri who is imprisoned at the Colorado “supermax” penitentiary. Al-Marri was arrested in Illinois shortly after the 9/11 attacks and is believed to have been an al Qaeda sleeper agent.

During the flight, the diplomat allegedly went to the bathroom about 40 minutes before landing for a surreptitious smoke, an act that is against federal law. When flight attendants saw smoke coming from the bathroom, they alerted air marshalls who asked Al-Madadi what he was doing.

Al-Madadi allegedly made the off-handed comment to the officials he was trying to light his shoes on fire, at which point the air marshalls detained him and alerted authorities on the ground. Two F-16 fighter jets were scrambled to escort the plane and President Obama was notified of the incident as he flew to Prague on board Air Force One.

After hours of questioning at a nearby hotel, law enforcement and counterterrorism authorities determined Al-Madadi posed no terror threat and he was released. U.S. and Qatari officials were in frequent contact Wednesday night and today, both in Washington and in Doha. A delegation from the Qatari embassy in Washington met him in Denver this morning.

How Will the State Department React?

The State Department today would not confirm Al-Madadi will be sent out of the country.

“I expect this to be resolved very quickly,” spokesman PJ Crowley told reporters, though he declined to elaborate how.