Emotions ranged from disbelief to despair to downright anger Friday as 15,000 San Francisco city workers received pink slips. But Mayor Gavin Newsom reiterated that his controversial plan to rehire them under shortened workweeks would wind up saving thousands of jobs.

Newsom ordered the layoff notices be sent to most of the city’s 26,000 workers and said the overwhelming majority of them will be hired back within two weeks to work 37.5 hours a week instead of their current 40 – meaning they’ll see a 6.25 percent cut to their paychecks.

The plan will save $50 million in the city’s general operating fund, which has a $522 million deficit for the 2010-11 fiscal year. It will save another $50 million in departments that don’t receive general fund money like the port and airport.

Bob Muscat, head of Professional and Technical Engineers Local 21, also is chairing the Public Employee Committee, comprised of many unions working together to come up with a counterproposal.

Muscat said that one idea is to reduce the city’s outsourcing of labor and that the group wants to present its plan to Newsom next week. He said the unions will file a lawsuit if no compromise is reached.

“If he continues on this plan, then I think we’ll be left with no choice,” Muscat said.

City workers were irate Friday, commiserating as they showed each other their layoff notices. Some wore pink in protest.

“People are very upset. Many were in tears, and some were very, very angry,” said Sin Yee Toon, the incoming chief elected officer of Service Employees International Union Local 1021. “There is a lack of fairness.” 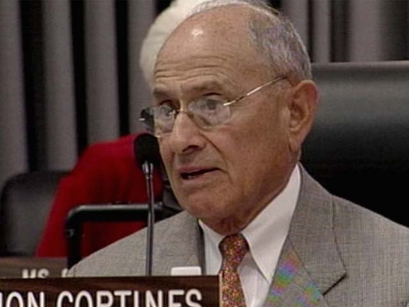 In an attempt to close a $640 million funding deficit next year, the LAUSD is moving ahead with teacher layoffs.

The district is hoping union leaders will support unpaid days off and salary cuts that could mitigate staffing cuts.

Board member Richard Vladovic said he’d force a compromise if he could. “I would lock this group of union leaders and district officials and decision makers in a room and say you can’t leave until you help us find some solutions as an alternative to RIFing our employees.”

Elementary teachers, nurses, librarians, counselors, and managers who hold teaching credentials are most at risk of getting notices, according to KPCC.

Jackson North and Jackson South hospitals could be closed as early as May under the proposal. Jackson’s main hospital would remain open.

The cuts are estimated to save the struggling hospital system $165.4 million, but even with them, Jackson is forecast to have a deficit of $64 million this fiscal year.

Jackson’s governing body, the Public Health Trust, has been asked to act on the proposal within 10 business days. The hospital closings also need the approval of the County Commission. 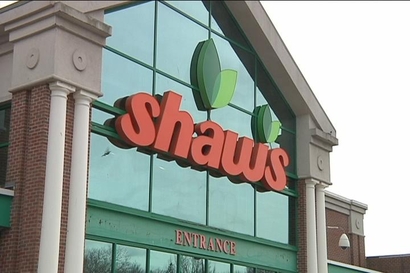 The Shaw’s grocery store chain, which is selling all of its Connecticut locations, says it will cut 967 jobs at those stores.