(NaturalNews) The TSA has been lying to the American people about full-body scanners. The agency has insisted that these “digital strip search” machines are incapable of saving, storing or transmitting the images they take. This, we are told, makes it okay for people to be digitally strip-searched.

But secret documents uncovered by the Electronic Privacy Information Center (www.EPIC.org) have revealed that these machines do indeed posses precisely such capabilities. According to TSA specification requirement documents that have been uncovered by the EPIC, all full-body scanners purchased by the TSA must have the ability to both save and transmit the scanned images of air passengers.

The documents were obtained by EPIC through a Freedom of Information Act lawsuit. They have also been shared with CNN, which has viewed the documents and published a story about what they reveal.

These documents contradict the claims of the TSA, which include the statement that “the system has no way to save, transmit or print the image.”

The TSA’s own “imaging technology” page (http://www.tsa.gov/approach/tech/im…) claims, “This state-of-the-art technology cannot store, print, transmit or save the image. In fact, all machines are delivered to airports with these functions disabled.”

In other words, these machines are designed and constructed with the ability to save, store and transmit the images.

“I don’t think the TSA has been forthcoming with the American public about the true capability of these devices,” said the Executive Director of EPIC, Marc Rotenberg in a CNN interview. “They’ve done a bunch of very slick promotions where they show people — including journalists — going through the devices. And then they reassure people, based on the images that have been produced, that there’s not any privacy concerns. But if you look at the actual technical specifications and you read the vendor contracts, you come to understand that these machines are capable of doing far more than the TSA has let on.” (http://edition.cnn.com/2010/TRAVEL/…)

In other words, the TSA is telling the public and the press one thing, but the machines they’re buying are capable of something far more insidious, these documents reveal. Is the TSA intentionally lying to the public in order to mislead people over the real capabilities of these machines?

If these full-body scanners can save, store and transmit images, then it’s only a matter of time before some rogue TSA employee finds a way to copy off the images or display them on the screen so that they can take snapshots with their own portable cameras.

The TSA says it’s protecting your privacy. But its own scanner specification documents tell a different story: The TSA won’t even buy these machines unless they can save, store and transmit revealing images of air passengers. 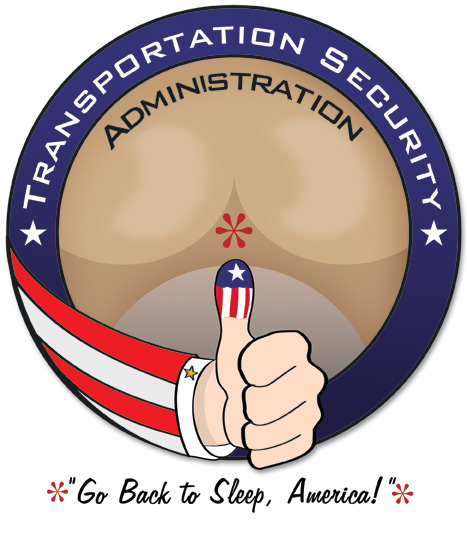