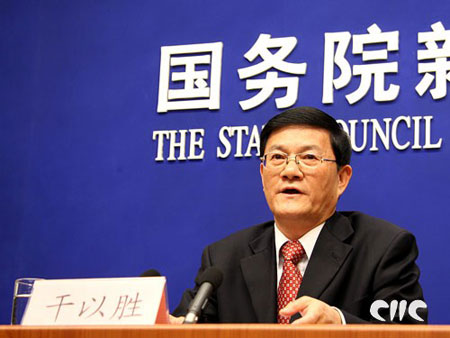 BEIJING, Jan. 7 (Xinhua) — A total of 106,626 officials across China were penalized for disciplinary violations from January to November last year, an official with the Communist Party of China (CPC) Central Commission for Discipline Inspection (CCDI) said Thursday.

Gan Yisheng, vice secretary of the CCDI, said about 80 percent of them received punishments handed down by the CPC, accounting for 0.11 percent of all Party members, and the rest were penalized by the government.

They included Party members, government workers or leaders, and leaders of state-owned enterprises.

About 2.6 percent of those punished by the CPC were expelled from the Party and referred for prosecution for embezzlement or bribery, Gan said.

Of the almost 14,000 commercial corruption cases investigated and handled by disciplinary and supervisory organs, about 21 percent involved civil servants.

A total of 3,743 leaders at county level or above had been punished and about 20 percent were referred for prosecution.

Investigations into a series of accidents involving serious consequences led to the identification of 298 corrupt officials.

Gan said discipline inspection bodies received almost 1.32 million petitions and tip-offs in the 11 months, about 11 percent of which had been tentatively verified and 8.75 percent placed on file for investigation and prosecution.

Authorities put priority on cases concerning violations during the implementation of the CPC Central Committee’s major decisions, such as the economic stimulus package, protection of cultivated land and conservation of resources, Gan said.

Focuses were also put on violations in key areas such as construction, real estate, land and mineral resource exploitation, state-owned assets and finance.

Party or government bodies and public institutions were also closely checked if they set up or used “private coffers.”