Hard-up pensioners have resorted to buying books from charity shops and burning them to keep warm. 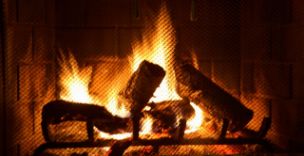 Volunteers have reported that ‘a large number’ of elderly customers are snapping up hardbacks as cheap fuel for their fires and stoves.

Temperatures this week are forecast to plummet as low as -13ºC in the Scottish Highlands, with the mercury falling to -6ºC in London, -5ºC in Birmingham and -7ºC in Manchester as one of the coldest winters in years continues to bite.

Workers at one charity shop in Swansea, in south Wales, described how the most vulnerable shoppers were seeking out thick books such as encyclopaedias for a few pence because they were cheaper than coal.

One assistant said: ‘Book burning seems terribly wrong but we have to get rid of unsold stock for pennies and some of the pensioners say the books make ideal slow-burning fuel for fires and stoves.

A lot of them buy up large hardback volumes so they can stick them in the fire to last all night.’

Since January 2008, gas bills have risen 40 per cent and electricity prices 20 per cent, although people over 60 are entitled to a winter fuel allowance of between £125 and £400.

Jonathan Stearn, energy expert for Consumer Focus, said: ‘If pensioners are taking such desperate measures to heat their homes it is shocking. With low wholesale prices and increasing profit margins, there is clearly room for energy companies to make price cuts immediately.’

Ruth Davison, of the National Housing Federation, said: ‘The spiralling cost of energy means heating homes has become a luxury rather than a necessity for many people – particularly the elderly, low paid and unemployed.’

1 thought on “UK: Pensioners are burning books to keep warm”