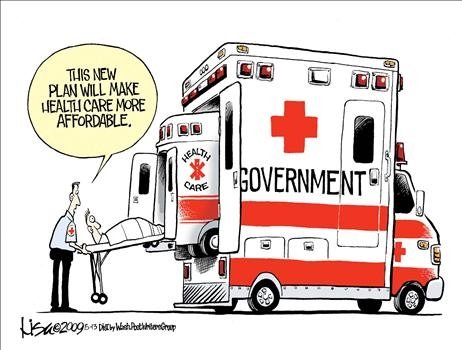 (USA TODAY) Internal Revenue Service agents already try to catch tax cheats and moonshiners. Under the proposed health care legislation, they would get another assignment: checking to see whether Americans have health insurance.

The legislation would require most Americans to have health insurance and to prove it on their federal tax returns. Those who don’t would pay a penalty to the IRS.

That’s one of several key duties the IRS would assume under the bills that have been approved by the House of Representatives and Senate and will be merged by negotiators from both chambers.

The agency also would distribute as much as $140 billion a year in new government subsidies to help small employers and as many as 19 million lower-income people buy coverage.

In addition, the IRS would collect hundreds of billions of dollars in new fees on employers, drug companies and device makers, according to the non-partisan Congressional Budget Office (CBO).

Some critics of the health bill question whether the IRS, which has struggled in recent years with budget problems, staffing shortages and outdated computer systems, will be up to the job of enforcing the mandate and efficiently handling the subsidies.

“It’s hard to see how the IRS could take on the huge responsibility it would be given under pending health care legislation without some real glitches, or worse,” said Sen. Chuck Grassley of Iowa, the top Republican on the Senate Finance Committee. He voted against the bill, as did every other Republican senator.

The CBO estimated the IRS would need $5 billion to $10 billion in the first decade to cover the costs of its expanded role. The IRS’ annual budget is currently $11.5 billion.

Neither the House nor Senate bill includes funding for the IRS, but money could be added by House and Senate negotiators.

The IRS already has trouble meeting its primary duty: collecting taxes. By the IRS’s own estimates, it failed to collect about $290 billion in taxes in 2005, the latest year for which data are available.

Pete Sepp, spokesman for the National Taxpayers Union, an IRS watchdog group, says the IRS might be the “logical” agency to enforce the mandate, “but that doesn’t mean things will go smoothly.”

Howard Gleckman of the Urban Institute, an economics and social policy think tank, sees the IRS’ proposed new role as a part of a historical pattern. “We are always asking the IRS to do all kinds of social engineering,” he said, such as tax credits for new homeowners and renewable-energy companies.

In one of the biggest examples of using the tax code to achieve a social goal, Congress shifted much of its effort to help the poor in the 1990s from direct spending to the Earned Income Tax Credit, an IRS-run program that pays rebates to low-income working people to offset taxes.

In 2005, more than 22 million people claimed the credit, resulting in more than $40 billion in payments, a Treasury Department inspector general found last year. The audit found $11.4 billion in improper payments in 2005 — about 28 cents of every dollar paid out.

Grassley has called the program “rife with fraud and abuse.” John Dalrymple, a former IRS deputy commissioner, said the tax-credit program — despite its flaws — demonstrates that the IRS has the experience to handle the new subsidy program.

Under the health care legislation, the IRS would determine who qualifies for the insurance subsidies. Those subsidies would apply to people with incomes up to four times the federal poverty level, which is $43,320 for an individual and $88,200 for a family of four. The government would pay insurance companies to help individuals buy policies on the new exchanges. The exchanges, a central feature in both bills, would be a sort of marketplace where small businesses and individuals who don’t get employer-sponsored coverage could shop for health plans.

To meet the mandate, Americans would have to provide proof of insurance coverage with their annual tax returns. The mandate would begin in 2013 under the House bill; 2014 in the Senate bill.

The penalty in the Senate bill for not having coverage would start in 2014 at $95 or 0.5% of an individual’s income, whichever is greater. It would rise to $750 or 2% of annual income in 2016, up to the cost of the cheapest health plans. The House bill penalty would be up to 2.5% of an individual’s income up to the cost of the average health plan.

Massachusetts as a model

In 2007, Massachusetts became the first state to enact a health insurance mandate and lowered the percentage of uninsured residents from 7% to 4%.

State residents are required to report their health insurance status on a special form they attach to state income tax returns. Insurers provide statements to policyholders confirming coverage and report that data to the state Department of Revenue.

The state tax agency did not get extra staff or money for enforcement and has not had serious difficulties gathering the information, spokesman Robert Bliss said. In 2008, more than 96% of tax filers provided proof of coverage. Only 1.3% of filers, or about 45,000 residents, were assessed a no-coverage penalty of up to $1,068.

The “vast majority” of Massachusetts residents who pay the penalty are self-reported, Bliss said.

Bliss said the fact that the department had 18 months to get ready for the state’s insurance mandate was “enormously important” in making sure it was ready to handle the assignment. That bodes well for the IRS, which would have three to four years to get ready under the bills.

Despite concerns over whether IRS will be up to the job in the health bills, Gerard Anderson, health policy professor at Johns Hopkins University, said: “The IRS seems like the only logical enforcement mechanism.”

Galewitz and Weaver report for Kaiser Health News, an editorially independent news service and a program of the Kaiser Family Foundation, a non-partisan health care policy research organization. Neither KFF nor KHN is affiliated with Kaiser Permanente.

3 thoughts on “Obamacare to expand IRS role: Checking if Americans have health insurance”