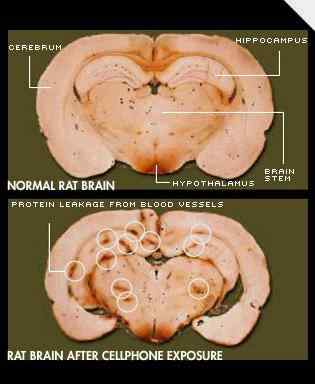 AUGUSTA, Maine – A Maine legislator wants to make the state the first to require cell phones to carry warnings that they can cause brain cancer, although there is no consensus among scientists that they do and industry leaders dispute the claim.

The now-ubiquitous devices carry such warnings in some countries, though no U.S. states require them, according to the National Conference of State Legislators. A similar effort is afoot in San Francisco, where Mayor Gavin Newsom wants his city to be the nation’s first to require the warnings.

Maine Rep. Andrea Boland, D-Sanford, said numerous studies point to the cancer risk, and she has persuaded legislative leaders to allow her proposal to come up for discussion during the 2010 session that begins in January, a session usually reserved for emergency and governors’ bills.

Boland herself uses a cell phone, but with a speaker to keep the phone away from her head. She also leaves the phone off unless she’s expecting a call. At issue is radiation emitted by all cell phones.

Under Boland’s bill, manufacturers would have to put labels on phones and packaging warning of the potential for brain cancer associated with electromagnetic radiation. The warnings would recommend that users, especially children and pregnant women, keep the devices away from their head and body.

The Federal Communications Commission, which maintains that all cell phones sold in the U.S. are safe, has set a standard for the “specific absorption rate” of radiofrequency energy, but it doesn’t require handset makers to divulge radiation levels.

The San Francisco proposal would require the display of the absorption rate level next to each phone in print at least as big as the price. Boland’s bill is not specific about absorption rate levels, but would require a permanent, nonremovable advisory of risk in black type, except for the word “warning,” which would be large and in red letters. It would also include a color graphic of a child’s brain next to the warning.

While there’s little agreement about the health hazards, Boland said Maine’s roughly 950,000 cell phone users among its 1.3 million residents “do not know what the risks are.”

All told, more than 270 million people subscribed to cellular telephone service last year in the United States, an increase from 110 million in 2000, according to CTIA-The Wireless Association. The industry group contends the devices are safe.

“With respect to the matter of health effects associated with wireless base stations and the use of wireless devices, CTIA and the wireless industry have always been guided by science, and the views of impartial health organizations. The peer-reviewed scientific evidence has overwhelmingly indicated that wireless devices do not pose a public health risk,” said CTIA’s John Walls.

James Keller of Lewiston, whose cell phone serves as his only phone, seemed skeptical about warning labels. He said many things may cause cancer but lack scientific evidence to support that belief. Besides, he said, people can’t live without cell phones.

“It seems a little silly to me, but it’s not going to hurt anyone to have a warning on there. If they’re really concerned about it, go ahead and put a warning on it,” he said outside a sporting good store in Topsham. “It wouldn’t deter me from buying a phone.”

While there’s been no long-term studies on cell phones and cancer, some scientists suggest erring on the side of caution.

Last year, Dr. Ronald B. Herberman, director emeritus of the University of Pittsburgh Cancer Institute, sent a memo to about 3,000 faculty and staff members warning of risks based on early, unpublished data. He said that children should use the phones only for emergencies because their brains were still developing and that adults should keep the phone away from the head and use a speakerphone or a wireless headset.

Herberman, who says scientific conclusions often take too long, is one of numerous doctors and researchers who have endorsed an August report by retired electronics engineer L. Lloyd Morgan. The report highlights a study that found significantly increased risk of brain tumors from 10 or more years of cell phone or cordless phone use.

Also, the BioInitiative Working Group, an international group of scientists, notes that many countries have issued warnings and that the European Parliament has passed a resolution calling for governmental action to address concerns over health risks from mobile phone use.

But the National Cancer Institute said studies thus far have turned up mixed and inconsistent results, noting that cell phones did not come into widespread use in the United States until the 1990s.

“Although research has not consistently demonstrated a link between cellular telephone use and cancer, scientists still caution that further surveillance is needed before conclusions can be drawn,” according to the Cancer Institute’s Web site.

Motorola Inc., one of the nation’s major wireless phone makers, says on its Web site that all of its products comply with international safety guidelines for radiofrequency energy exposure.

For those that still say that there is not enough evidence that … bla, bla, bla:

Still not convinced? Use your mobile phone intensely for ten more years.