Britain risks becoming the first country in the G10 bloc of major economies to risk capital flight and a full-blown debt crisis over coming months, according to a client note by Morgan Stanley. 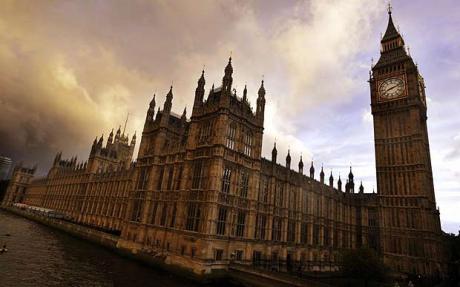 The US investment bank said there is a danger Britain’s toxic mix of problems will come to a head as soon as next year, triggered by fears that Westminster may prove unable to restore fiscal credibility.

“Growing fears over a hung parliament would likely weigh on both the currency and gilt yields as it would represent something of a leap into the unknown, and would increase the probability that some of the rating agencies remove the UK’s AAA status,” said the report, written by the bank’s European investment team of Ronan Carr, Teun Draaisma, and Graham Secker.

“In an extreme situation a fiscal crisis could lead to some domestic capital flight, severe pound weakness and a sell-off in UK government bonds. The Bank of England may feel forced to hike rates to shore up confidence in monetary policy and stabilize the currency, threatening the fragile economic recovery,” they said.

Morgan Stanley said that such a chain of events could drive up yields on 10-year UK gilts by 150 basis points. This would raise borrowing costs to well over 5pc – the sort of level now confronting Greece, and far higher than costs for Italy, Mexico, or Brazil.

High-grade debt from companies such as BP, GSK, or Tesco might command a lower risk premium than UK sovereign debt, once an unthinkable state of affairs.

A spike in bond yields would greatly complicate the task of funding Britain’s budget deficit, expected to be the worst of the OECD group next year at 13.3pc of GDP.

Investors have been fretting privately for some time that the Bank might have to raise rates before it is ready — risking a double-dip recession, and an incipient compound-debt spiral – but this the first time a major global investment house has issued such a stark warning.

No G10 country has seen its ability to provide emergency stimulus seriously constrained by outside forces since the credit crisis began. It is unclear how markets would respond if they began to question the efficacy of state power.

Morgan Stanley said sterling may fall a further 10pc in trade-weighted terms. This would complete the steepest slide in the pound since the industrial revolution, exceeding the 30pc drop from peak to trough after Britain was driven off the Gold Standard in cataclysmic circumstances in 1931.

UK equities would perform reasonably well. Some 65pc of earnings from FTSE companies come from overseas, so they would enjoy a currency windfall gain.

While the report – “Tougher Times in 2010” – is not linked to the Dubai debacle, it is a reminder that countries merely bought time during the crisis by resorting to fiscal stimulus and shunting private losses onto public books. The rescues – though necessary – have not resolved the underlying debt problem. They have storied up a second set of difficulties by degrading sovereign debt across much of the world.

Morgan Stanley said Britain’s travails are one of three “surprises” to expect in 2010. The other two are a dollar rebound, and strong performance by pharmaceutical stocks.

David Buik, from BGC Partners, said Britain is in particularly bad shape because the tax-take is highly leveraged to the global economic cycle: financial services provided 27pc of revenue in the boom, but has since collapsed.

The UK failed to put aside money in the fat years to offset this time-honoured fiscal cycle. It ran a budget deficit of 3pc of GPD at the peak of the boom when prudent countries such as Finland and even Spain were running a surplus of over 2pc.

“We need to raise VAT to 20pc and make seriously dramatic cuts in services that go beyond anything that Alistair Darling or David Cameron are talking about. Nobody seems to have the courage to face up to this,” said Mr Buik.

The report coincided with news that Britain is now officially the only G20 country still to be in recession. Canada reported that its economy grew by 0.1pc in the third quarter. Britain, by contrast, shrank by 0.3pc, the latest estimates show.