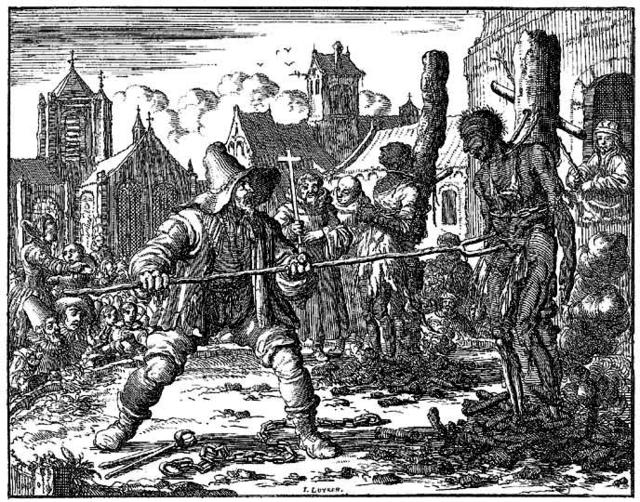 A source close to the British Labour Government has just given me reliable information about the most radical copyright proposal I’ve ever seen.

Secretary of State Peter Mandelson is planning to introduce changes to the Digital Economy Bill now under debate in Parliament. These changes will give the Secretary of State (Mandelson — or his successor in the next government) the power to make “secondary legislation” (legislation that is passed without debate) to amend the provisions of Copyright, Designs and Patents Act (1988).

What that means is that an unelected official would have the power to do anything without Parliamentary oversight or debate, provided it was done in the name of protecting copyright. Mandelson elaborates on this, giving three reasons for his proposal:

1. The Secretary of State would get the power to create new remedies for online infringements (for example, he could create jail terms for file-sharing, or create a “three-strikes” plan that costs entire families their internet access if any member stands accused of infringement)

2. The Secretary of State would get the power to create procedures to “confer rights” for the purposes of protecting rightsholders from online infringement. (for example, record labels and movie studios can be given investigative and enforcement powers that allow them to compel ISPs, libraries, companies and schools to turn over personal information about Internet users, and to order those companies to disconnect users, remove websites, block URLs, etc)

3. The Secretary of State would get the power to “impose such duties, powers or functions on any person as may be specified in connection with facilitating online infringement” (for example, ISPs could be forced to spy on their users, or to have copyright lawyers examine every piece of user-generated content before it goes live; also, copyright “militias” can be formed with the power to police copyright on the web)

Mandelson is also gunning for sites like YouSendIt and other services that allow you to easily transfer large files back and forth privately (I use YouSendIt to send podcasts back and forth to my sound-editor during production). Like Viacom, he’s hoping to force them to turn off any feature that allows users to keep their uploads private, since privacy flags can be used to keep infringing files out of sight of copyright enforcers.

This is as bad as I’ve ever seen, folks. It’s a declaration of war by the entertainment industry and their captured regulators against the principles of free speech, privacy, freedom of assembly, the presumption of innocence, and competition.

This proposal creates the office of Pirate-Finder General, with unlimited power to appoint militias who are above the law, who can pry into every corner of your life, who can disconnect you from your family, job, education and government, who can fine you or put you in jail.

More to follow, I’m sure, once Open Rights Group and other activist organizations get working on this. In the meantime, tell every Briton you know. If we can’t stop this, it’s beginning of the end for the net in Britain.

1 thought on “UK government to introduce the most radical copyright proposal ever, declares war on principles of free speech, privacy, freedom of assembly, the presumption of innocence, and competition”