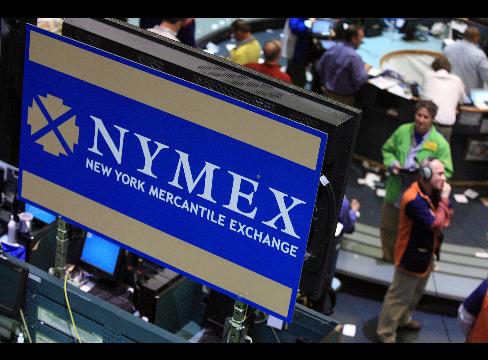 Saudi Arabia on Wednesday decided to drop the widely used West Texas Intermediate oil contract as the benchmark for pricing its oil, dealing a serious blow to the New York Mercantile Exchange.

The decision by the world’s biggest oil exporter could encourage other producers to abandon the benchmark and threatens the dominance of the world’s most heavily traded oil futures contract. It is the main contract traded on Nymex.

The move reveals the growing discontent of Riyadh and its US refinery customers with WTI after the price of the price of the benchmark became separated from the global oil market this year.

The surge in oil inventories in Cushing, Oklahoma, where WTI is delivered into America’s pipeline system, depressed the value of the WTI against other global benchmarks, throwing the global oil market into disarray.

In January, WTI, which usually trades at a premium of $1-$2 a barrel to Brent, fell sharply, leaving it at a discount of almost $12 – a record gap. This dislocation in the market continued well into the summer.

From January, Saudi Arabia will base the price of oil for its US customers on a new index developed by Argus, the London-based oil pricing company.

The Argus Sour Crude Index will track the price in the physical market of a basket of US Gulf Coast crudes, including Mars, Poseidon and Southern Green Canyon.

Argus said the change in policy reflected the “increased importance of the US Gulf coast sour crude market, in which both production and trading activity was rising sharply”.

Paul Horsnell, head of commodities research at Barclays Capital in London, said Saudi Arabia’s decision was likely to reflect a “wider discontent” from its customers in the US about WTI performance.

ExxonMobil, Marathon and Valero are among the US’s biggest buyers of Saudi crude oil.

Edward Morse, chief economist at LCM Commodities in New York, said: “It is a recognition by large players that WTI sometimes does not reflect the true value of crude oil in the waterborne market.”

Saudi Arabia has priced its oil using WTI since 1994.

The price was based on quotes from the physical market which were compiled by Platt’s, a unit of McGraw-Hill.

Oil companies then covered their exposure to WTI using the futures market on Nymex.

Bob Levin, managing director of market research at the CME Group-owned Nymex, said the exchange was ready to move with the market.

“We plan to introduce a cash-settled futures contract tracking the new Argus index,” he said.