How do you want to explain this? 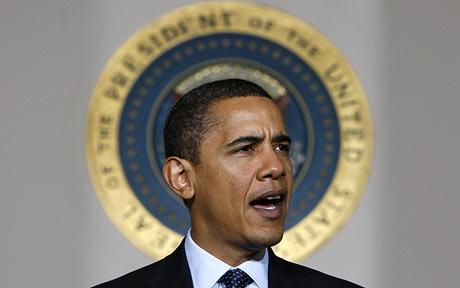 Yes, less then two weeks after he became President, he was nominated for this esteemed prize!

Wow, he really must be an over acheiver, a mover and a shaker, or something like that?

How is it possible that Obama is nominated and wins a Nobel Peace Prize, when he only became President, just two weeks before the nomination deadline. Yes, you read that right!

Just shy of TWO weeks (12 days to be exact) before the nominations deadline, Obama becomes President.

Just to be sure that the information was correct, I checked at NobelPrize.org, and sure enough
in the section- “How are Nobel Laureates Selected”.

It says, and I quote-

February – Deadline for submission. The Committee bases its assessment on nominations that must be postmarked no later than 1 February each year. Nominations postmarked and received after this date are included in the following year’s discussions. In recent years, the Committee has received close to 200 different nominations for the Nobel Peace Prize. The number of nominating letters is much higher, as many are for the same candidates.

And Obama was, of course, inaugurated on January 20th/09

Now could someone tell me what Obama accomplished in a less then two week period of time of Presidency, that would explain this momentous nomination??

Source: Penny For Your Thoughts