– Flashback: What part of Ireland’s ‘no’ does the EU not understand?:

“As soon as the Irish people’s ballots were counted in June, their rejection of Lisbon was treated as the “wrong” answer, as if they had been taking part in a multiple-choice maths exam and had failed to work out that 2+2=4. Now, they will be given a chance to sit the exam again, “until [they] come up with the right answer,” says George Galloway, attacking EU elitism. The notion that the Irish “got it wrong” exposes gobsmacking ignorance about democracy in the upper echelons of the EU. The very fact that a majority of Irish people said no to Lisbon made it the “right answer”, true and sovereign and final. “No” really does mean no.”

“Asking the Irish to vote again on the Lisbon treaty is arrogant, insulting and undemocratic.” 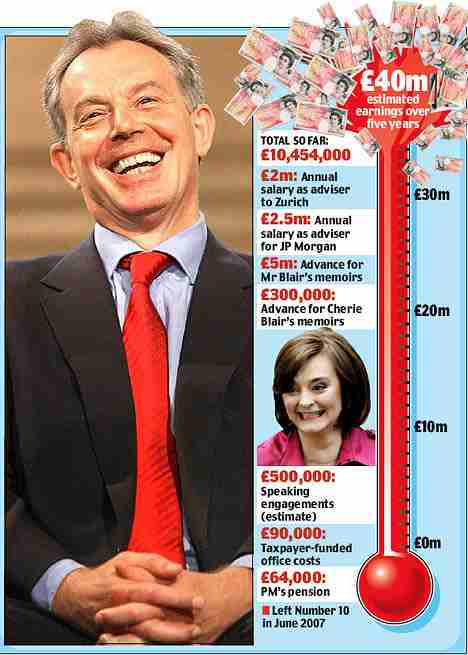 “Such an appointment would restore him to the world stage as well as boost his long-term income.”

Tony Blair – the same criminal that lied the U.K. into an illegal war – as EU president?

A ‘NO’ would also be a blow for the ‘New World Order’. 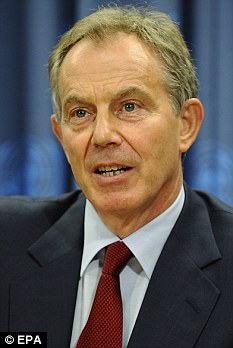 Pole position: Tony Blair is set to become EU President within weeks if Ireland votes ‘Yes’ in its referendum on the Lisbon Treaty tomorrow

Tony Blair is set to become EU President within weeks if Ireland votes ‘Yes’ in its referendum on the Lisbon Treaty tomorrow.

The former prime minister’s candidacy for the new post will be rushed through as quickly as possible, according to government sources.

Mr Blair is among the favourites to become the first President of the European Union, a role that is chosen by the EU’s 27 leaders and not by voters.

Such an appointment would restore him to the world stage as well as boost his long-term income.

Mr Blair has refused to rule himself in or out of the running, but did say that ‘it is good to have fans’ for a possible candidacy.

French President Nicolas Sarkozy has given his full support to a Blair bid. When French foreign minister Bernard Kouchner was asked yesterday if Mr Blair was the only real candidate, he said: ‘For the moment, indeed.’

The post of President cannot exist until the Lisbon Treaty is formally ratified by all member states and officials across Europe would scramble to move forward this weekend if Ireland votes ‘Yes’ on Friday.

Yesterday Irish Taoiseach Brian Cowen ruled out a third referendum on the Lisbon Treaty if the controversial charter is rejected again.

As both sides in the debate made their final pleas to voters Mr Cowen warned a second and final defeat would plunge the EU into uncertainty.