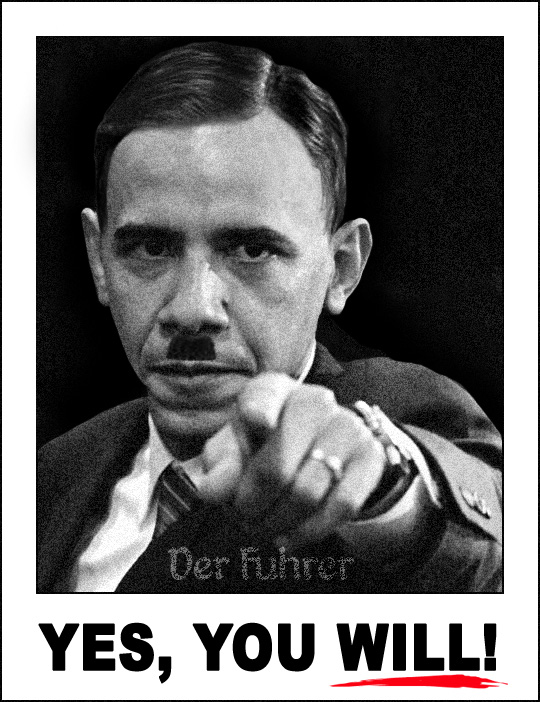 “President Barack Obama wants to label me a criminal. He wants to fine me twenty-five thousand dollars and throw me in prison for one year for my refusal to pay money into a corrupt, broken sick care system.”
– Mike Adams (Natural News)

Relarted articles:
– Yes, you will! Obamacare, jail or a $25000 fine
– Yes, you will! FORCED vaccinations, isolation & quarantine, health care interrogations and mandatory ‘decontaminations’

(NaturalNews) There’s a popular video circulating on the ‘net right now about how to escape handcuffs without using a key. Americans are watching the video to bone up on essential skills that will soon be needed for health care reform, it seems, since the new laws that are about to be put in place call for Americans to be arrested and thrown in jail if they refuse to buy health insurance.

This has now been confirmed by Tom Barthold, the Chief of Staff of the Joint Committee on Taxation. And it’s not merely about jail time; it’s also about the $25,000 fine that could be levied by the IRS against individuals who refuse to buy health insurance.

That this is even being considered just boggles the mind. If a person is too broke to afford health insurance right now, how are they supposed to be able to buy it after paying a $25,000 fine and spending a year in prison?

As Paul Craig Roberts brilliantly pointed out in a recent essay, this is like trying to solve the homeless problem by forcing homeless people to buy a home, then throwing them in prison when they can’t afford to.

The current health care disaster in America is not simply a problem of people refusing to buy health insurance; it’s an issue of people not being able to afford to buy health insurance. When the annual insurance premium for a family of four is something above $13,000, that’s a terrible financial burden that many Americans simply can’t afford to pay — especially when so many people have lost their jobs due to the faltering economy.

The brutal facts of the matter are inescapable: The American people are too broke to buy their own health insurance, and the American government is too broke to buy it for them. The whole nation is going bankrupt over runaway health care costs. And why? I hate to invoke the “I told you so” phrase in a crisis like this, but the reasons for all this have been apparent for many years, and we’ve been regularly reporting them on NaturalNews: Our national “health care” system is really a “sick care” system that pushes deadly chemicals and medically-unjustified surgical procedures instead of teaching people how to stay well.

As long as junk food companies and pharmaceutical companies are allowed to run advertisements on television, and as long as the FDA and FTC continue their campaigns of censorship against nutritional cures and natural remedies, we will always have a health care crisis. You know why? Because no nation in the world can afford to foot the bill for a country full of sick people.

Why I don’t carry health insurance

Of course, silly doctors ask, “Well what if you suddenly get sick out of the blue?”

What, you mean through voodoo or something? Sickness without cause? Do doctors really believe in spontaneous sickness that magically appears without reason?

All sickness has a cause. That much should be obvious. And if you eliminate the causes of disease, you won’t experience disease. That’s why I have a different kind of health “insurance” — my nutrition.

Yep, my nutrition is the only health insurance I need. In my garden in Ecuador, we grow huge quantities of health-protecting foods and superfoods. Those foods, combined with high-end nutritional supplements (Moxxor, Living Fuel, Boku Superfood, etc.) provides the perfect nutritional environment for outstanding health. That gets further supported with daily sunshine and exercise, plus the complete avoidance of toxic chemicals in consumer products (I don’t use conventional shampoos, soaps, deodorants, hair products, skin products, etc.).

Given this level of natural health, why would I bother with conventional health insurance in the first place? Pharmaceuticals are of no use to me. Neither are prostate screening procedures, annual checkups or vaccinations. I have no need for western medicine. So why should I be forced to financially support the health insurance companies that push these poisons onto health consumers?

President Barack Obama wants to label me a criminal. He wants to fine me twenty-five thousand dollars and throw me in prison for one year for my refusal to pay money into a corrupt, broken sick care system.

This disturbing fact tells me that Obama, much like Bush before him, has forgotten what freedom is. America is being turned into a medical police state where parents have their children stolen away by cancer clinics (true story), where chemical injections are enforced at gunpoint (also true), and where unaffordable, inefficient and utterly ineffective “sick care” is forced upon citizens with or without their consent. The whole premise of democracy is being destroyed in this quest to appease the sick care system that preys on upon the American people with each passing year.

“But wait,” some people say. “Full participation is all for the greater good.”

No, not really. What would be best for the greater good would be the transformation of the FDA and FTC into agencies that actually protect the public instead of Big Pharma. The greater good would be served by legalizing free speech for nutritional supplements and natural remedies, ending the tyranny of attacks against medical marijuana, and sending all the MDs back to medical school so they could learn something about nutrition.

The greater good is in no way served by forcing Americans to funnel yet more money into a corrupt, broken system of dishonest insurance companies and unethical hospitals pumping people full of deadly pharmaceutical chemicals. That system is dead. It has failed, and it has no place in the future of any successful nation.

If we don’t soon recognize this fact and seek to advance into a new era of natural medicine and disease prevention, this sick-care medical industry will wring every last dollar from the U.S. economy until the American people find themselves diseased, penniless and medically enslaved. (And we’re already half-way there…)

Thanks to the sick-care policies of previous presidential administrations, the American people today have already lost their health. And now, with Obama’s reform proposals, they are about to lose their freedoms, too.

Albert Einstein once said, “Problems cannot be solved by the same level of thinking that created them.” And yet Obama is bringing no genuinely new thinking to the table on health care reform; he’s just changing who pays for disease. Now, more than ever, our national leaders need to not just think outside the box; they need to stomp on the box, disassemble the box, throw the box in the recycling bin and forget there ever was a box. They need revolutionary solutions that can help this country overcome its addiction to pharmaceuticals and junk food while unleashing a new era of personal health combined with personal responsibility.

Until that happens, all this talk about health care reform is just the senseless animation of lips and vocal chords without purpose.

About the author: Mike Adams is a holistic nutritionist with a mission to teach personal and planetary health to the public He has authored and published thousands of articles, interviews, consumers guides, and books on topics like health and the environment, reaching millions of readers with information that is saving lives and improving personal health around the world. Adams is an independent journalist with strong ethics who does not get paid to write articles about any product or company