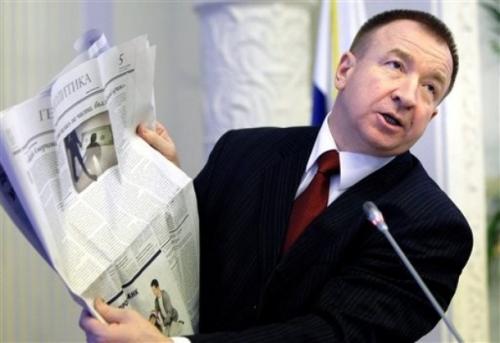 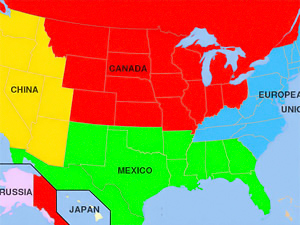 “I’m not anti-American, the US population has nothing to do with the part of its political elite that implements an absurd and aggressive policy that aims to create conflicts around the planet…….I hope to see the reasonable part of the American elite – I know there is one – benefiting in these two months left till the collapse. I can name two people that belong to this reasonable part – US Secretary of Defense Robert Gates and Under Secretary of State for Political Affairs William Burns. If they triumph in the political strife, the consequences of the collapse will be minimized.”

“The 2009 US budget deficit is 4.5 times the 2008 deficit, while firearms sales are up 40%. On October 1, the coupons that were given to state workers are to be cashed out. When the workers realize that they are getting nothing for those coupons, they will take out their firearms and chaos will unfold. Meanwhile, in a separate issue, as the financial year draws to a close on September 30, its results will be published. They are destined to shock investors worldwide. After that, and the snubbing of the dollar by Japan and, especially, China, which will transfer 50% of its international operations to Yuan starting in 2010, the currency will then flow like a landslide out of style. Argentina and Brazil are excluding the dollar from mutual financial operations starting January 2010, while Brazil offers to move toward alternative currencies throughout the whole of South America,” Panarin noted.

Panarin still leaves room for miscalculation, which would actually make him happy. And should the collapse not start in November, he is ready to explain why it didn’t happen by December. But at the moment, the collapse looks quite likely.

“In my opinion, the probability of the US ceasing to exist by June, 2010 exceeds 50%. At this point, the mission of all major international powers is to prevent chaos in the US,” Panarin concluded.

17 thoughts on “Professor Igor Panarin: Two months left to read the book on US collapse”