New scientific research has shown that it is possible to fake DNA evidence, raising fears that people could “engineer crime scenes”. 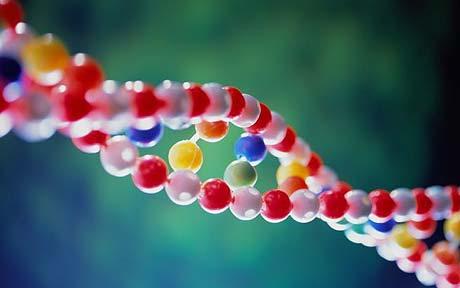 The findings threaten to undermine the key forensic technique, which has secured thousands of convictions in Britain and around the world.

In experiments, a team of Israeli scientists were able to obliterate all traces of DNA from a blood sample and add someone else’s genetic material in its place.

The process was so successful that it fooled forensic scientists who carry out DNA fingerprinting for American courts.

The findings threaten to undermine the key forensic technique, which has secured thousands of convictions in Britain and around the world.

It demonstrates that, in theory, criminals could plant samples of blood or saliva at crime scenes to cover their tracks while leading to innocent people being wrongly convicted.

Dr Dan Frumkin, who led the research, said: “If you can fake blood, saliva or any other tissue, you can engineer a crime scene.

“You have full control of the situation. Any biology undergraduate could perform this.”

Dr Frumkin’s company, which has made a kit he claims can distinguish real DNA samples from fake ones, used two techniques to fabricate DNA evidence.

In the first, they extracted minute samples of genetic material from strands of hair and multiplied them up many times over.

They then inserted the DNA into blood cells that had been purged of all genetic clues to their real owner.

The blood then contained the genetic fingerprint of the first person, the journal Forensic Science International: Genetics reports.

The researchers believe that eventually the technology will be used by criminals, in the same way that credit card details are now commonly stolen to commit identity fraud.

They warned: “Today, DNA evidence is key to the conviction or exoneration of suspects of various types of crime, from theft to rape and murder.

“However, the disturbing possibility that DNA evidence can be faked has been overlooked.

“DNA with any desired genetic profile can be easily synthesised using common and recently developed biological techniques, integrated into human tissues or applied to surfaces of objects, and then planted in crime scenes.”

British experts said that while the science was possible, it was highly unlikely any criminal would go to such lengths.

Dr Gill Tully, of the government-funded Forensic Science Service, said: “You would need a full molecular biology lab, thousands of pounds worth of equipment and a fully competent molecular biology scientist or technician.

“The vast majority of people who may be involved in criminality would not have access to these materials.

“It seems a very complicated way to fabricate evidence. I can think of much easier defences to raise.”