The ulterior motive of all these policies, where you give away your freedom for non-existent security, is a police state.

Dame Stella Rimington, the former head of MI5, has warned that the fear of terrorism is being exploited by the Government to erode civil liberties and risks creating a police state. 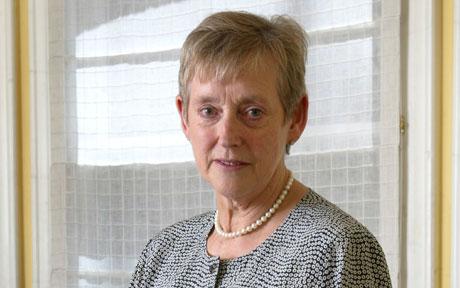 Dame Stella accused ministers of interfering with people’s privacy and playing straight into the hands of terrorists.

“Since I have retired I feel more at liberty to be against certain decisions of the Government, especially the attempt to pass laws which interfere with people’s privacy,” Dame Stella said in an interview with a Spanish newspaper.

“It would be better that the Government recognised that there are risks, rather than frightening people in order to be able to pass laws which restrict civil liberties, precisely one of the objects of terrorism: that we live in fear and under a police state,” she said.

Dame Stella, 73, added: “The US has gone too far with Guantánamo and the tortures. MI5 does not do that. Furthermore it has achieved the opposite effect: there are more and more suicide terrorists finding a greater justification.” She said the British secret services were “no angels” but insisted they did not kill people.

Related aricle: Whitehall devised torture policy for terror detainees (Guardian)
MI5 interrogations in Pakistan agreed by lawyers and government
A policy governing the interrogation of terrorism suspects in Pakistan that led to British citizens and residents being tortured was devised by MI5 lawyers and figures in government, according to evidence heard in court.

Dame Stella became the first woman director general of MI5 in 1992 and was head of the security agency until 1996. Since stepping down she has been a fierce critic of some of the Government’s counter-terrorism and security measures, especially those affecting civil liberties.

In 2005, she said the Government’s plans for ID cards were “absolutely useless” and would not make the public any safer. Last year she criticised attempts to extend the period of detention without charge for terrorism suspects to 42 days as excessive, shortly before the plan was rejected by Parliament.

Her latest remarks were made as the Home Office prepares to publish plans for a significant expansion of state surveillance, with powers for the police and security services to monitor every email, as well as telephone and internet activity.

Despite considerable opposition to the plan, the document will say that the fast changing pace of communication technology means the security services will not be able to properly protect the public without the new powers.

Local councils have been criticised for using anti-terrorism laws to snoop on residents suspected of littering and dog fouling offences.

David Davis, the Tory MP and former shadow home secretary, said: “Like so many of those who have had involvement in the battle against terrorism, Stella Rimington cares deeply about our historic rights and rightly raises the alarm about a Government whose first interest appears to be to use the threat of terrorism to frighten people and undermine those rights rather than defend them.”

In a further blow to ministers, an international study by lawyers and judges accused countries such as Britain and America of “actively undermining” the law through the measures they have introduced to counter terrorism.

The report, by the International Commission of Jurists, said: “The failure of states to comply with their legal duties is creating a dangerous situation wherein terrorism, and the fear of terrorism, are undermining basic principles of international human rights law.”

The report claimed many measures introduced were illegal and counter-productive and that legal systems put in place after the Second World War were well equipped to handle current threats. Arthur Chaskelson, the chairman of the report panel, said: “In the course of this inquiry, we have been shocked by the damage done over the past seven years by excessive or abusive counter-terrorism measures in a wide range of countries around the world.

“Many governments, ignoring the lessons of history, have allowed themselves to be rushed into hasty responses to terrorism that have undermined cherished values and violated human rights.”

A Home Office spokesman said: “The Government has been clear that where surveillance or data collection will impact on privacy they should only be used where it is necessary and proportionate. The key is to strike the right balance between privacy, protection and sharing of personal data.

“This provides law enforcement agencies with the tools to protect the public as well as ensuring government has the ability to provide effective public services while ensuring there are effective safeguards and a solid legal framework that protects civil liberties.”

In her interview, in La Vanguardia newspaper, Dame Stella also described the shock of her two daughters when they discovered she was a spy and told how she used most “gadgets” when she was in office except for “a gun”.