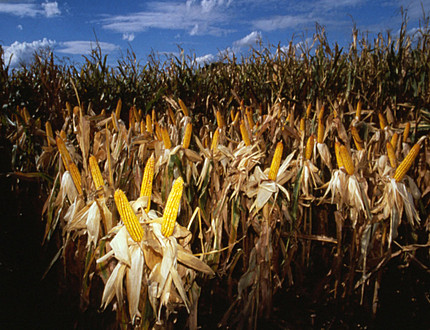 India – New research from Austria shows that a commercial strain of Monsanto-made GE corn causes mice to have fewer and weaker babies. What is this doing to human fertility?

Regulators around the world said Monsanto’s GE corn was as safe as non-GE strains.

It has been approved in many countries and regions including the US, the EU, Argentina, Japan, Philippines and South Africa.

Don’t miss these documentaries:
– The World According to Monsanto – A documentary that Americans won’t ever see
– Life running out of control – Genetically Modified Organisms

China approved the GE corn for animal feed back in 2005.

Until this research, under the Austrian Ministries for Agriculture and Health, none of the regulators had seriously questioned the safety of Monsanto’s GE corn.

The biotech industry is playing a game of genetic roulette with our food and with our health.

These mice gave birth to less babies and lighter babies in their third and fourth litters. Mice fed on non-GE corn had babies as normal.

These differences are statistically significant.

The GEAC(Genetic Engineering Approval Committee), a government body, has approved large scale field trials for BT corn in three agricultural universities in India. This corn is the same corn that according to a study by the Austrian government leads to infertility in the females of the rats that it was tested upon.

In the light of this latest research, Greenpeace India is urging the government to put the brakes on GE food.

“Genetic Engineering as a technology cannot be taken as safe without adequate safety tests” said Dr. Sujatha Byravan, Molecular biologist and former President of The Council for Responsible Genetics.

GE Brinjal is also in the pipeline, and being considered for approval.

Considering the severity of the potential threat, Greenpeace is demanding a recall of genetically-engineered food and crops from the global market.