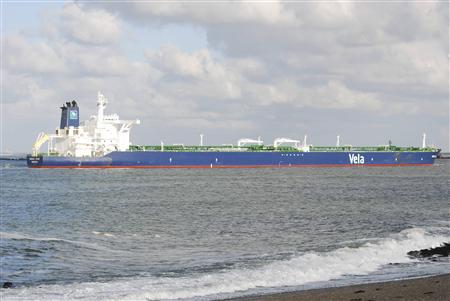 The Sirius Star held as much as two million barrels of oil — more than one quarter of Saudi Arabia’s daily exports. The hijacking helped lift global oil prices over $1 to more than $58 a barrel, although they later lost some gains.

The hijacking on Sunday, 450 nautical miles (830 km) southeast of Mombasa, Kenya, was in an area far beyond the Gulf of Aden, where most of the attacks on shipping have taken place and where foreign navies have begun patrols.

Navy Adm Mike Mullen, chairman of the U.S. Joint Chiefs of Staff, suggested military intervention would be complicated by hostages and ransom demands.

“I’m stunned by the range of it,” said Mullen, telling reporters at the Pentagon that distance from the African coast was the longest he had seen to date.

“Once they get to a point where they can board, it becomes very difficult to get them off because, clearly, now they hold hostages.”

The Sirius Star had been heading for the United States via the Cape of Good Hope at the southern tip of Africa, skirting the continent instead of heading through the Gulf of Aden and then the Suez Canal.

The ship, at 318,000 deadweight tons, was the largest ever captured by pirates.

There were no reports of damage, Christensen said. He declined to say if the U.S. navy was considering taking action to rescue the tanker, which had 25 crew from Croatia, Britain, the Philippines, Poland and Saudi Arabia.

Chaos onshore in Somalia, where Islamist forces are fighting a Western-backed government, has spawned a wave of piracy. Shipowners have paid out millions of dollars in ransoms.

Northern Somalia’s breakaway Puntland region, where Eyl is located, was on the lookout for the ship.

“It has not entered Puntland’s waters so far,” Abdulqadir Muse Yusuf, the assistant minister for fisheries, told Reuters.

The International Maritime Bureau, a piracy watchdog, said there had been 92 pirate attacks off Somalia this year and 36 of the ships had been hijacked. Fourteen ships are still controlled by pirates and 243 crew members are being held.

“This is a very significant event because it is the largest vessel taken by far and also the distance away from Somalia is the highest, it shows the pirates are ranging very far from their base to take them,” said IMB director Capt. Pottengal Mukundan.

The hijacks have driven up shipping insurance premiums and pushed some vessels to take longer routes to bypass the Suez Canal — potentially increasing the cost of traded goods.

Among the vessels seized is one with 33 tanks on board.

British think-tank Chatham House warned in a report last month of the danger a tanker could come under attack.

“As pirates become bolder and use ever more powerful weaponry a tanker could be set on fire, sunk or forced ashore, any of which could result in an environmental catastrophe that would devastate marine and bird life for years to come,” it said.

The NATO alliance and the European Union have scrambled to provide patrols in the Gulf of Aden and Indian Ocean waterways off Somalia. The United States and France, which have bases nearby, are also helping, while Russia has sent a warship too.

The Sirius Star is Liberian-flagged, and owned and operated by state oil giant Saudi Aramco’s shipping unit Vela International. The vessel was launched in March.