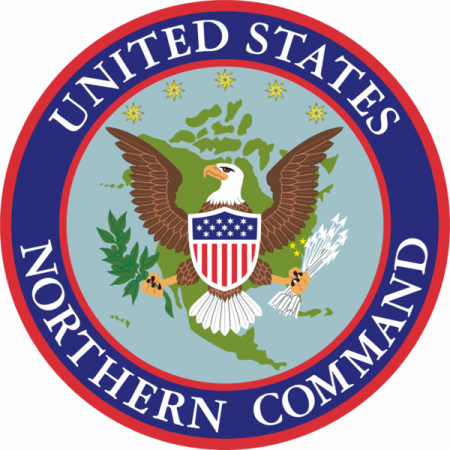 WASHINGTON (CNN) — The United States military’s Northern Command, formed in the wake of the September 11 terrorist attacks, is dedicating a combat infantry team to deal with catastrophes in the U.S., including terrorist attacks and natural disasters. 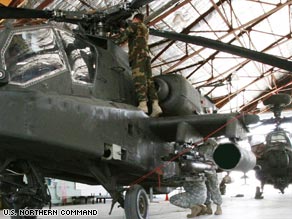 The 1st Brigade Combat Team of the 3rd Infantry, which was first into Baghdad, Iraq, in 2003, started its controversial assignment Wednesday.

The First Raiders will spend 2009 as the first active-duty military unit attached to the U.S. Northern Command since it was created. They will be based in Fort Stewart, Georgia, and focus primarily on logistics and support for local police and rescue personnel, the Army says.

The plan is drawing skepticism from some observers who are concerned that the unit has been training with equipment generally used in law enforcement, including beanbag bullets, Tasers, spike strips and roadblocks.

According to Northern Command‘s Web site, the CBRNE Consequence Management Response Force is a team that will ultimately number about 4,700 personnel from the different military branches that would deploy as the Department of Defense’s initial response force.

The Army says the unit would be deployed to help local, state or federal agencies deal with such incidents, not take the lead. The law enforcement-type training is not connected to its new mission, it says.

Use of active-duty military as a domestic police force has been severely limited since passage of the Posse Comitatus Act following the Civil War.

Bloggers are criticizing the new force, saying that because it has been training in law enforcement tactics it could be be used for domestic law enforcement.

Troops may be trained in non-lethal tactics, but they are not trained for what they may have to deal with in domestic situations, said Gene Healy, a vice president of the conservative think-tank Cato Institute.

Healy said civilian police and, if circumstances are extreme, National Guard troops under the command of state governors should keep the peace.

“Federal troops should always be a last resort, never a first responder,” he said.

Critics also point to a General Accounting Office study in 2003 that found that domestic security missions put a strain on a military stretched thin by two simultaneous wars, and that a unit’s readiness for combat is reduced if the members have to take time out to respond to an emergency at home.

The U.S. military “is not a Swiss Army knife,” ready to fight the Taliban one week, respond to a hurricane the next and put down a major political protest the third week, Healy said.

The Army says the non-lethal training is an outgrowth of missions that troops have faced around the world in recent years.

“We need a lot more in our toolbox in order to deal with angry people on the street,” said Col. Barry Johnson of U.S. Army North.

The units are well-trained in the skills they might need to assist the Northern Command, and that won’t weaken the unit when and if it goes back to Iraq.

The designation of a specific unit as the CCMRF is a step forward, he said.

The active-duty military has long had units capable of handling chemical, biological, radiological, nuclear or other domestic emergencies, such as hurricanes, Johnson said. But they were assigned as needed. Now they will have a unit that knows in advance that it might be called upon to respond in a domestic emergency.

“We don’t have the luxury to wish these things away. We have to imagine the unimaginable,” Johnson said.